Turkey said history and the collective conscience of people in the Middle East will not forget and never forgive the “hypocritical behaviour” of the United Arab Emirates (UAE) in agreeing to normalise ties with Israel.

The UAE was the first Gulf Arab state and the third Arab nation – after Egypt and Jordan – to announce active ties with Israel on Thursday.

Israel and the UAE reached an agreement – brokered by the United States – to work towards a “full normalisation of relations” – a deal the Palestinians called a “treacherous stab in the back”.

The Turkish foreign ministry said on Friday the Palestinian people and administration were right to react strongly against the deal.

“The UAE, which is pursuing secret ambitions over a US plan that is stillborn, null and void, ignores the willpower of Palestine,” said a ministry statement.

Turkey expressed serious concern over the UAE’s aim to unilaterally abolish the 2002 Arab Peace Plan, which envisioned a normalisation of relations between the Arab world and Israel in exchange for a full withdrawal by Israel from the occupied Palestinian territories.

“With that being the case, there is no credibility in presenting the trilateral declaration [between the US, UAE and Israel] as a support to the Palestinian cause.”

The UAE administration “has no authority to negotiate with Israel on behalf of Palestine without consent from its people and administration regarding vital matters”, the ministry said.

“Neither history nor the collective conscience of the region will ever forget and forgive the hypocritical behaviour of the UAE, which is trying to depict the deal as a sacrifice for Palestine, when in reality it is a betrayal to the Palestinian cause for its own narrow interests.”

Under the UAE-Israel agreement announced by US President Donald Trump on Thursday, Israel said it agreed to “delay” the annexation of Palestinian lands in the occupied West Bank, but the plan “remains on table”.

The surprise deal was the product of lengthy discussions between Israel, the UAE and the US that accelerated recently, the White House said.

Trump said he expects more counties will come forward to agree for “peace” in the Middle East.

“Now that the ice has been broken I expect more Arab and Muslim countries will follow the United Arab Emirates,” he said.

“This deal will allow much greater access to Muslims from throughout the world to visit the many historic sites in Israel, which the Muslims want to see very badly and have wanted to see for many, many decades, and to peacefully pray at the Al Aqsa Mosque, which is a very special place for them,” said Trump.

Israeli Prime Minister Benjamin Netanyahu hailed “a new era” between Israel and the Arab world following the deal with the UAE. 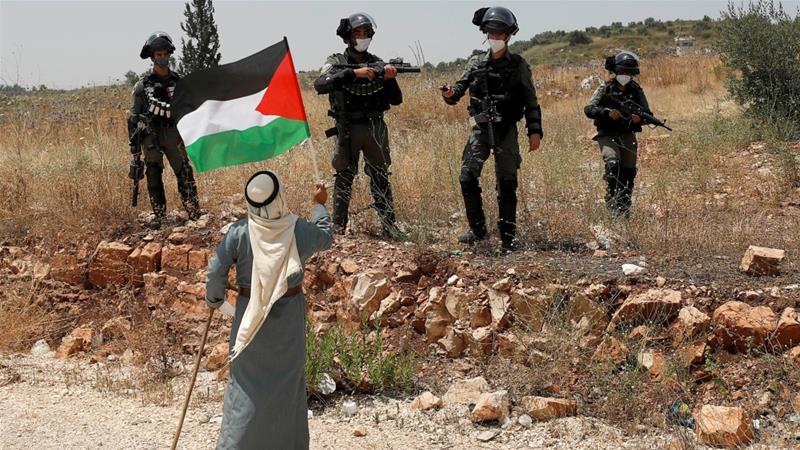 Why does Israel want to annex the West Bank? | Start Here