Defence ministry says the movement of staff and troops in Syria to be minimised in response to the coronavirus outbreak. 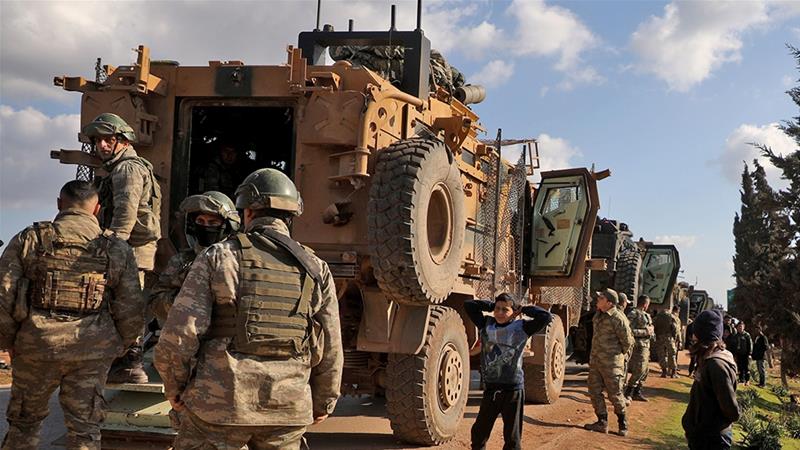 Turkey has said it would minimise its troop movements in operation zones in neighbouring Syria as part of the measures to fight the coronavirus pandemic, as the Turkish death toll and infections continue to rise.

The country’s death toll from the COVID-19 disease has risen by 73 to 574 in the last 24 hours, with new confirmed cases jumping by 3,135 to total 27,069, Health Minister Fahrettin Koca said on Sunday.

Turkey has the ninth-highest number of confirmed cases, according to a tally by United States-based Johns Hopkins University. It has curbed much social movement, mostly sealed its borders and shuttered businesses in measures against the new coronavirus.

In the latest step, the defence ministry said it had set up a new unit to battle the spread of the disease.

Troops deployed in Syria would now enter and exit operation areas only with the permission of the head of the army, the ministry said. “Thus, the movement of staff and troops is minimised, unless it is mandatory,” it added.

Turkey’s military backs Syrian rebels in the northwestern Idlib region where it ramped up a deployment earlier this year. Fighting has calmed since Ankara agreed upon a ceasefire with Moscow, which backs Syrian government forces, last month.

In Idlib, where about a million people have been displaced by the conflict since December, doctors fear the worst if the coronavirus hits, given hospitals lie in ruins and camps overflow with people devastated by nine years of war.

Turkey’s defence ministry said doctors had been sent to operation areas in part to conduct training related to the severe respiratory disease. The Turkish military also oversees Syrian border regions to the east of Idlib.

Meanwhile in Turkey, the outbreak has surged in the last few weeks, with new cases climbing daily.

The government recently issued a mandatory confinement order for most Turks under 20, on top of the existing order for over-65s.

Public and private sector employees, as well as seasonal agricultural workers aged between 18 and 20, were exempted from the new rule.

It also ordered mandatory mask use in crowded public places, shops and workplaces.

On Sunday, the government said residents could apply online for five free masks per week delivered via the post, in the latest series of nationwide measures.

Prior to the latest measures, the Turkish authorities closed schools, suspended international flights and banned mass prayers and gatherings to stem the spread of the virus in the country of approximately 83 million people.