Twitter says it has removed nearly 130 accounts linked to Iran that attempted to “disrupt the public conversation” during the US presidential debate.

It said it had become aware of the accounts, which “appeared to originate in Iran”, as a result of intelligence provided by the US authorities.

The social network has so far provided only four samples of the content posted by these accounts during the debate.

Two of the accounts had usernames openly supportive of President Trump.

The other account tweeted about the president telling the banned Proud Boys group to “stand back and stand by”, which its members have taken as a call to prepare for action.

The Proud Boys is an anti-immigrant, all-male group with a history of street violence against its opponents.

Twitter said it had acted early to remove the accounts and “they had very low engagement and did not make an impact on the public conversation”. 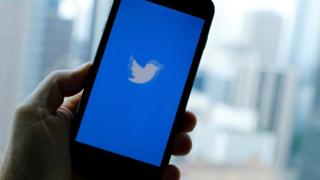 Holly Dagres, a non-resident fellow at the Atlantic Council, said the accounts showed Tehran was “playing both sides of the political field” and was “likely part of a larger disinformation campaign to take advantage of the current political divide”.

Iran was trying to “undermine US democratic institutions” and “divide the country” by spreading disinformation and “anti-US content” online, he said.

And it efforts were partially driven by a belief a second term for the president “would result in a continuation of US pressure on Iran in an effort to foment regime change”.

Microsoft said last month that Iranian hackers had, between May and June, unsuccessfully tried to access the accounts of White House officials and President Trump’s campaign staff.

Twitter has said it will publish further details about the accounts and their content once it has completed its investigations.