GENEVA (Reuters) – The United Nations human rights chief said on Tuesday that up to 10,000 people had fled their homes in Myanmar’s Rakhine state after what she described as heavy fighting in the past week between government troops and ethnic insurgents. 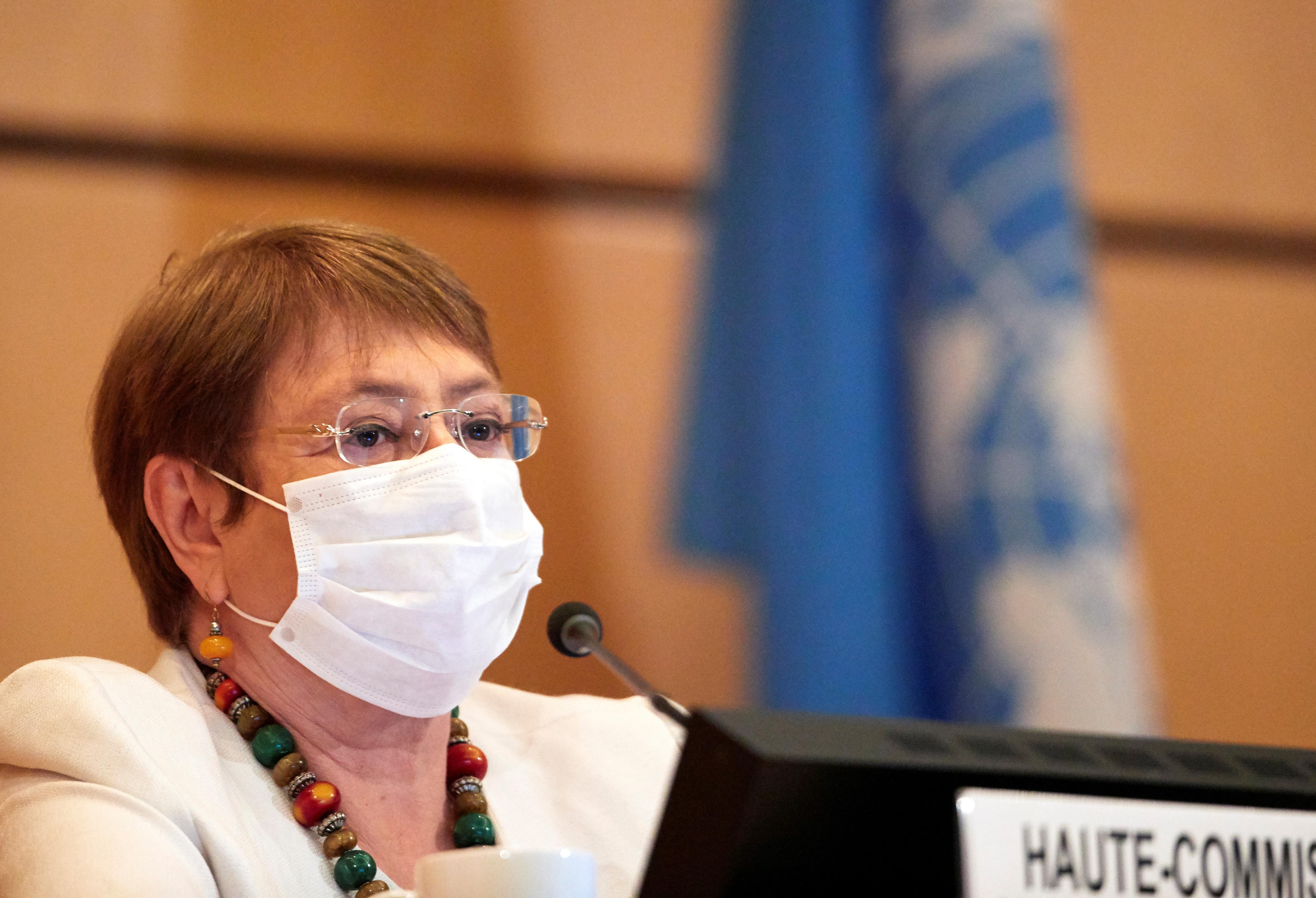 The U.N. Refugee Agency (UNCHR) and the U.N. Office for the Coordination of Humanitarian Affairs (OCHA) later said at least 2,800 people had fled according to early estimates but the true number could be “significantly higher” as the “scope and impact” of the reported clashes was not yet fully known.

Government and military spokesmen did not answer phone calls by Reuters seeking comment on the number of people who had fled or the reported fighting between the army, known as the Tatmadaw, and Arakan Army insurgents.

“Estimates indicate as many as 10,000 residents have already fled as the Tatmadaw advanced and heavy fighting commenced,” Michelle Bachelet, the U.N High Commissioner for Human Rights, told the Human Rights Council, a Geneva-based forum, during a debate on Myanmar.

U.N. agencies cited “reports by local partners and public sources” for the estimates of numbers of displaced people.

It was not possible for Reuters to independently verify the reports of fighting and displacement. Access for humanitarian workers is tightly limited in Rakhine. Journalists are banned, making it hard to verify reports from the region.

The reported flight of civilians came after a local administrator, in a letter seen by Reuters, last week warned dozens of village leaders in Rathedaung township that the army planned “clearance operations” against insurgents and urged them to go.

A government spokesman later said in a Facebook post that an evacuation order had been sent to local administrators by border-affairs officials but had later been revoked.

The spokesman did not specify why, but said that the government had instructed the military not to use the term “clearance operation”. Myanmar’s border affairs ministry acknowledged to Reuters that it had issued the evacuation order, but said that it affected only a few villages.

“Clearance operations” is the term the Myanmar authorities used in 2017 to describe operations against insurgents from Rakhine’s Muslim-minority Rohingya people.

During those operations, hundreds of thousands of people fled from their homes. Refugees said at the time that the army had carried out mass killings and arson, accusations the army has denied, saying troops were responding to attacks.

Citing “local reports”, UNHCR and OCHA said in a joint statement on Tuesday the order to evacuate had been followed by shooting and shelling. But the two agencies added that information was hard to verify in part because of government-imposed restrictions on humanitarian access.

Since late 2018, the Myanmar army has been fighting the AA, a group from the largely Buddhist Rakhine ethnic group that is seeking greater autonomy for the western region, also known as Arakan.

Dozens had died and more than 77,000 people displaced before the latest fighting, according to U.N. figures.

After fleeing the reported bout of Tatmadaw-AA fighting, hundreds of displaced villagers are sheltering in Buddhist monasteries in Rakhine’s state capital Sittwe, two lawmakers in the city said.

“Now it is rainy season but people are fleeing with only one set of clothes,” Khin Saw Wai, an MP for Rathedaung township, told Reuters by phone. “They don’t have blankets, pillows, and mosquito nets to sleep at night.”

Khin Aye Win, a 23-year-old woman who said she fled with her mother and sister, told Reuters by phone that there had been shelling near her village. She said many elderly people, including her grandmother, stayed behind.

“Now the soldiers are near my village… so I cannot go back,” she said.