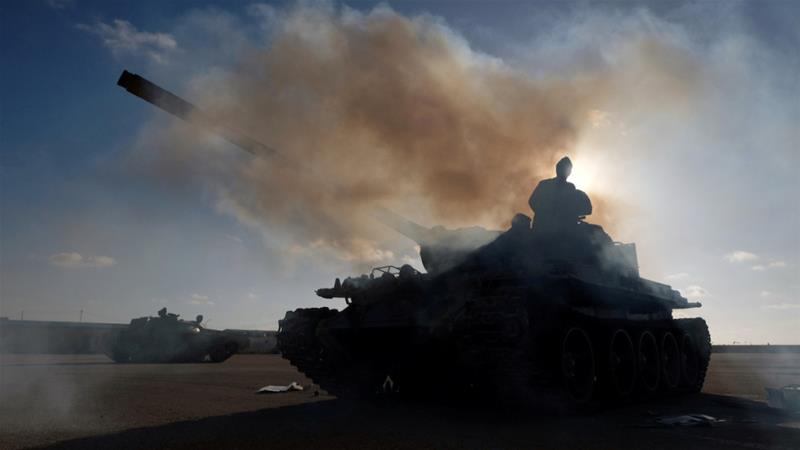 Two planes, one bearing the insignia of Manchester City Football Club, landed in Khartoum on Wednesday and departed back to Abu Dhabi five hours later.

The delegation, led by UAE National Security Adviser Tahnoun bin Zayed, discussed ways of supporting Haftar in light of the setback his self-styled Libyan National Army is facing in his bid to capture Libya’s capital Tripoli.

Haftar launched his offensive on Tripoli in April 2019. The 76-year-old’s forces were stalled by fighters aligned to the UN-recognised Government of National Accord (GNA) which, following a counter-offensive this month, expelled Haftar’s troops from several western cities.

Sources told Al Jazeera that the other aircraft carrying a number of high-ranking Emirati officials had arrived on Saturday, spending two hours in Khartoum, before leaving for Chad.

In a 376-page report submitted to the UN Security Council in December, a panel of experts warned that the presence of Sudanese fighters – which analysts estimate at anywhere between 1,000 and 3,000 – had become a notable feature of the Libyan conflict and it risked destabilising the country further.

In January this year, the Sudanese government said it would look into a case involving Sudanese men duped into guarding Libyan oil installations by a UAE security firm.