Across the UK temperatures are on the increase, with high pressure pushing east bringing warm air from the south. Already sunny skies and warm weather has been felt across Britain, with the mercury reaching the high teens this afternoon.

This warm weather will continue over the next few days, and is forecast to peak on Friday and Saturday.

Friday is a bank holiday across the UK, to commemorate VE Day or Victory in Europe Day.

Temperatures could reach 25C on Friday in the south go England, as the high pressure pushes through the UK.

Maps from the Met Office show the area of high pressure tracking across the south of England on Friday, bringing the heat. 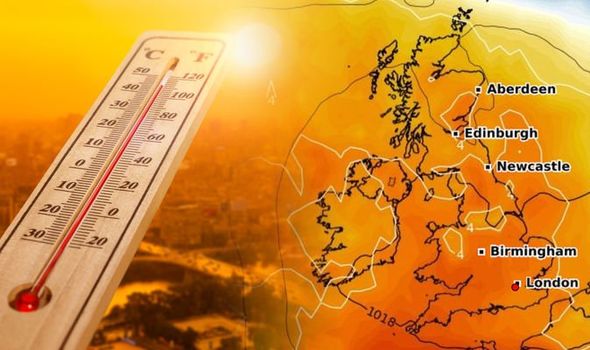 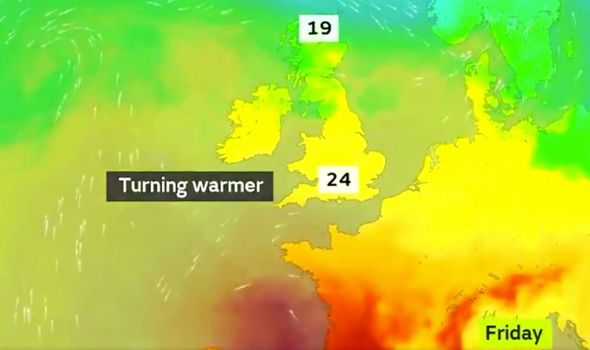 “But thunderstorms are a risk and an exceptionally cold plunge of polar air follows on Sunday.”

Many on Friday will be enjoying a day off work, with the perfect weather for BBQs at home.

Despite the warm weather, Brits are urged to adhere to social distancing guidelines and only leave home for essential reasons. 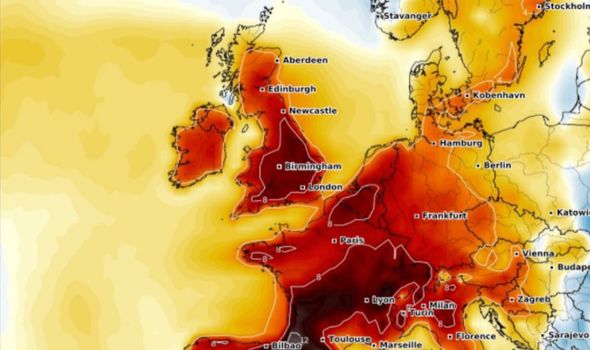 This means only leaving home for grocery shopping, to attend key jobs, care for someone or for one portion of exercise per day.

By Friday warmer air will be flowing up from the south, with mid 20C forecast for London.

However, Netweather cautions there will be weather fronts over Scotland with more cloud and showery rain so cooler in the north.

Also, the risk of some sharp showers developing in the warm air over central Wales and the Midlands, into East Anglia.

These showers could be thundery, however with light winds and sunshine, it will be a fine day for many.

On Saturday the mercury could again reach 25C in the south, however a drastic dip in temperatures in Scotland and the north of England is forecast.

Writing on Twitter the Met Office said: “Temperatures will rise over the next few days as high pressure drifts to the east, dragging warm air up from the south.

“However, arctic air will push down from the north, turning things much colder through the weekend.” 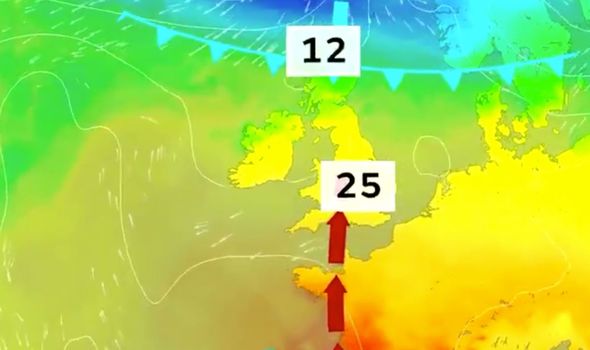 Generally clear and chilly with a risk of some patchy frost in the north and east.

Cloudier and milder in the SW with a chance of showers, the cloud and showers extending north to other western parts by Thursday morning

Rather cloudy in the west and north with brief brighter spells and further showers.

Outlook for Friday to Sunday

Many places dry and warm with sunny spells; scattered thunderstorms in the south.

Rain in the far north, however, turning heavier as it spreads south with much colder weather following.