Temperatures in the UK are expected to be higher than some of the traditionally hottest parts of Europe this weekend. While the UK is forecast to see highs of 20C, Portugal’s Algarve coast will only get 16C.

Met Office spokeswoman Nicola Maxey said: “For many Sunday will be a T-shirt and barbie day.

“The east of the country will have the warmest weather and while the west will have more cloud, it will still be lovely and warm.”

The news of warm weather this weekend will come as a welcome relief to the people of the UK, who are currently staying at home.

The Government has implemented a number of social distancing guidelines, and people are only allowed to leave their homes in certain circumstances, such as buying essential food and medicine. 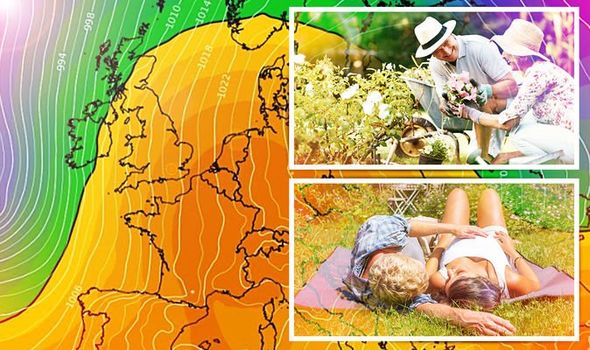 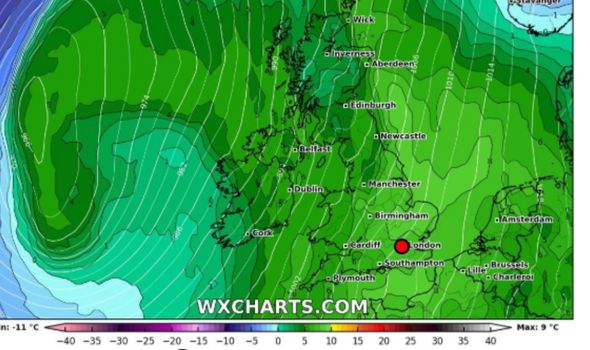 While people will not be able to gather outside or host visitors this weekend, the good weather will surely brighten up people’s days.

There will be plenty of sunshine for people to venture into their gardens, and maybe even have a mini BBQ with their household members.

Met Office forecaster Simon Partridge told The Sun: “Temperature-wise Sunday is going to be the highlight of the next few days.

“We are still under the influence of high pressure at the moment so there is still a decent amount of dry, settled weather around. 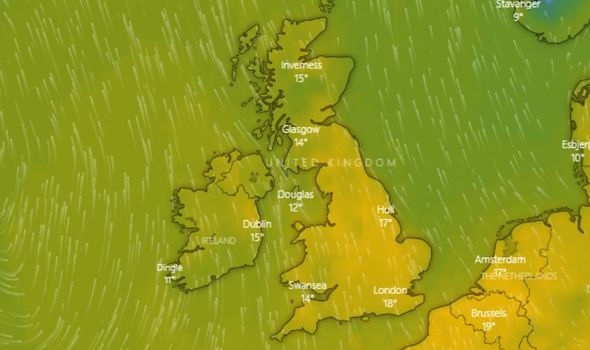 “It will still feel chilly for the next day or so but not as cold as it has been.

“Going into the weekend the wind shifts.

“It has been a north westerly wind which has been keeping us all cold but it will be coming from the south over the weekend.

“That means things will start to warm up. Saturday will be up to around 14 or 15C in parts and into Sunday we could well touch 20C.”

“Windy in the far north, particularly for the Northern Isles, with frequent wintry showers.

“Mostly cloudy elsewhere but dry for most away from the high ground in the west. Cold in the north.”

“Widespread frost in the north and northeast with wintry showers persisting in the far north.

“Winds gradually easing. Cloudy and less cold in the south and west.” 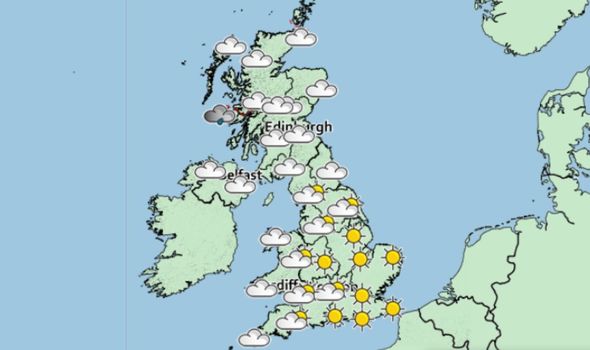 “Wintry showers in the far north. These gradually easing during the day, lasting longest for Shetland where still windy.

“Otherwise fairly cloudy but mostly dry. Colder than Thursday for most.”

Outlook for Saturday to Monday:

“Mostly dry through the weekend with sunny spells. Becoming warm, but also windy.

“Outbreaks of rain moving east later Sunday and into Monday with sunshine and showers following.”