Shaikh was planning a bomb attack at London’s St Paul’s Cathedral, a nearby hotel and an underground train station. 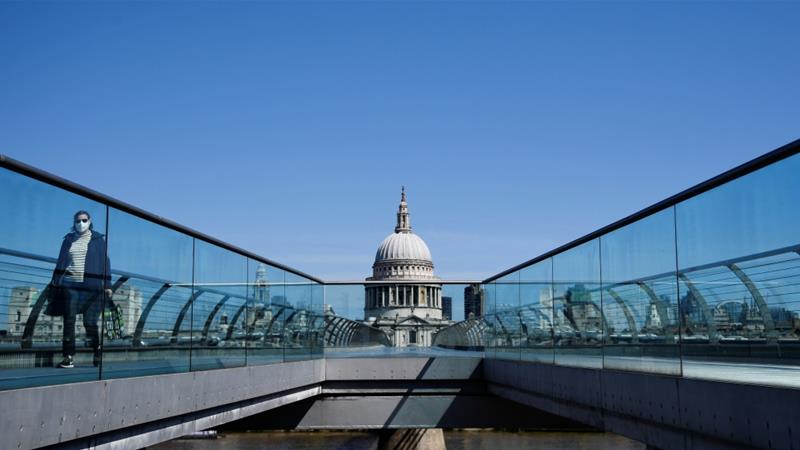 A London court has sentenced a 37-year-old supporter of the ISIL (ISIS) armed group to life in prison for plotting a bomb attack at London’s St Paul’s Cathedral, a nearby hotel and an underground train station.

Muslim convert Safiyya Shaikh pleaded guilty in February at London’s Central Criminal Court to charges of “preparation of terrorist acts” and dissemination of “terrorist publications”. She was sentenced on Friday.

Shaikh, who was born Michelle Ramsden, was arrested in October last year after discussing the preparation and planting of explosives with two undercover police officers.

“She engaged with others, who she believed to be of a similar mindset, to instigate and plan a terrorist attack involving the use of improvised explosives to attack St Paul’s Cathedral and a hotel nearby,” prosecutor Alison Morgan said.

“She visited the cathedral to assess its security arrangements and the best place to detonate a bomb. She stated that her intention was to kill herself and as many other people as possible.”

Shaikh handed an undercover officer two bags that she wanted to be fitted with explosives, and she “prepared the words of a pledge of allegiance to Daesh [Arabic for ISIL]”, the police said.

Her defence lawyers said she had doubts about the plot, but prosecutors disclosed details of a call she made to a friend from prison last week in which she said she “didn’t get cold feet” and “was ready to go through with it”.

The BBC said she had practised Islam since 2007 “after being impressed with the kindness of a neighbouring Muslim family”.

It said former drug addict Shaikh had “a deeply troubled upbringing” during which she had lived in children’s care homes, amid drug and alcohol abuse in her family.

Related News:
Business News:
Taboola, Purveyor of Clickbait Ads, Will Go Public
Europe’s Bankruptcies Are Plummeting. That May Be a Problem.
What the SPAC? Media’s New Favorite Funding
Stock market news live updates: Stock futures drift after indexes touch fresh record highs
Air New Zealand’s first quarantine-free flight in months lands to emotional welcome
Recent Posts
This website uses cookies to improve your user experience and to provide you with advertisements that are relevant to your interests. By continuing to browse the site you are agreeing to our use of cookies.Ok