The UK has been subject to a swathe of weather warnings this week, as Storm Ellen reached the UK with hurricane-force winds and torrential rain. Met Office yellow weather warnings for wind remain in place, with the storm blowing away all remnants of the hot weather of last week. Now colder weather, overnight frost and strong winds will be seen towards the end of August.

However Britain bade farewell to the hot weather when Storm Ellen hit the UK this past week, with 79mph winds recorded at Capel Curig, North Wales.

The centre of Storm Ellen has moved away from the UK, however windy conditions will continue over the next few days. 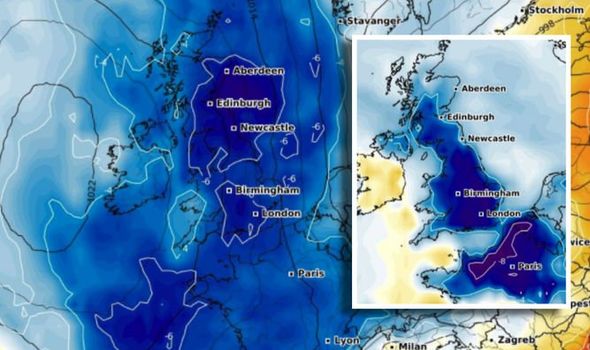 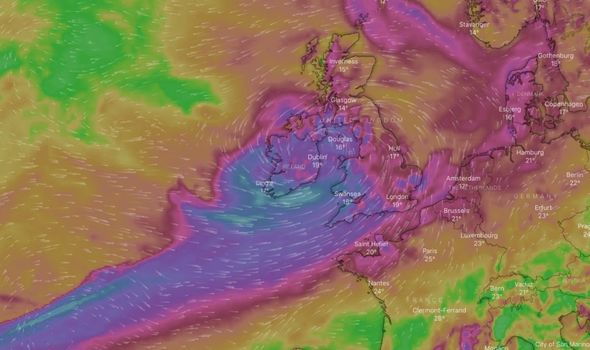 Met Office Chief Meteorologist, Paul Gunderson said: “Storm Ellen was a very lively storm for this time of year and although the main system has mostly dissipated, we’ll continue to see strong winds across western parts of the UK today spreading to eastern areas tomorrow, with several yellow wind warnings in place.

“South-westerly winds will pick up once again through the Irish Sea this evening, with gusts of 55-65mph possible across western parts of Scotland and Wales, southwest England and eastern parts of Northern Ireland.

“Along with impacts from strong winds, we’ll see bands of heavy rain and squally showers with the risk of thunder and lightning.”

Met Office weather warnings for wind are in place next week, starting at 9am on Tuesday ending at 3pm on Wednesday. 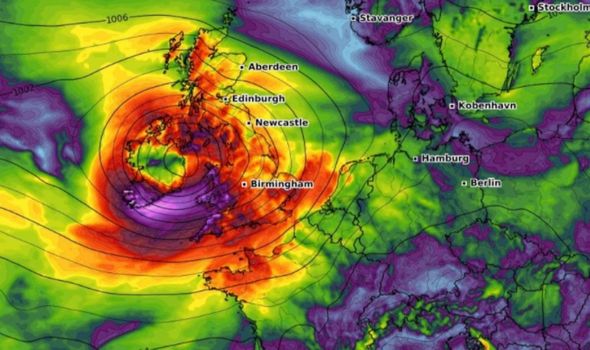 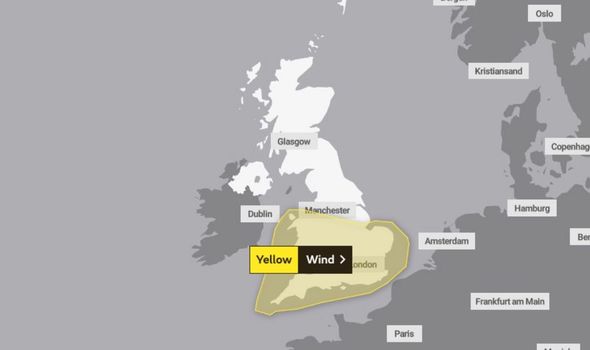 “Gusts of wind are likely to exceed 50 mph for quite a few places, with exposed coasts and hills seeing gusts in excess of 60 mph.

“Whilst not exceptional, winds this strong are unusual for August, with possible transport disruption and impacts on outdoor activities.”

Unfortunately for those craving the hot weather, autumn looks to have come early with the next few weeks of weather.

According to the Met Office long-range forecast for Thursday, August 27 to Saturday, September 5, unsettled weather, heavy rain and winds are to continue for the foreseeable.

The long-range forecast states: “The period begins generally unsettled, albeit with lighter winds than of late, but still accompanied by showers or longer spells of rain for most.”

And for those hoping for a sunny bank holiday weekend, spells of rain and winds will impact the east, with drier conditions for the west and south. 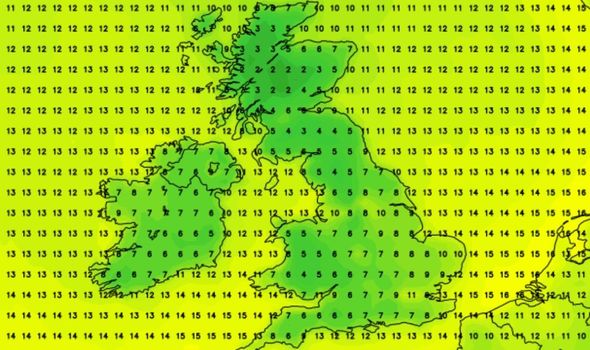 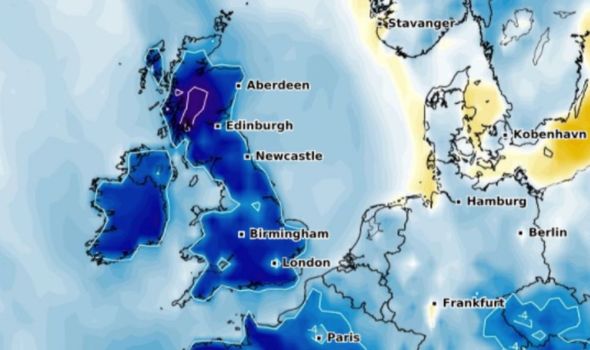 WXCharts maps for bank holiday weekend – August 29 to 31 – turn blue with the cold as temperatures dip.

However, the Met Office forecasts: “The southwest may see some further spells of wind and rain at first.”

Temperatures will be “near or slightly below the average for this time of year, with a potential for some frost overnight, but otherwise feeling warm in any sunnier spells.”

Netweather maps show a mixed bag for temperatures over the next week or so, with highs of 21C for the south of England and the low teens for the north.

However there is the potential warmer weather as we head into September – but confidence in this is low according to forecasters.

The Met Office writes: “The first part will see a transition into a more zonal pattern, with the north unsettled and the south generally drier and warmer.”

However, conditions will be more unsettled towards the northwest.

However, drier and warmer weather could spread across much of the UK – but confidence this far ahead remains low.