Snow fell heavy in places across the UK last week and this weekend. The weather, which followed steadily declining temperatures, prompted several warnings from the Met Office. The now melting blanket has resulted in hundreds more from the Environment Agency as it couples with rainfall.

Both the Environment Agency and the Met Office have released weather warnings in light of incoming heavy rain.

While the Met Office has several scheduled for the incoming week, the rain has already prompted severe conditions.

As such, the Environment Agency has fielded hundreds of combined warnings for areas across the country.

Flood alerts and warnings have urged people to take caution and action in the face of rising floodwater. 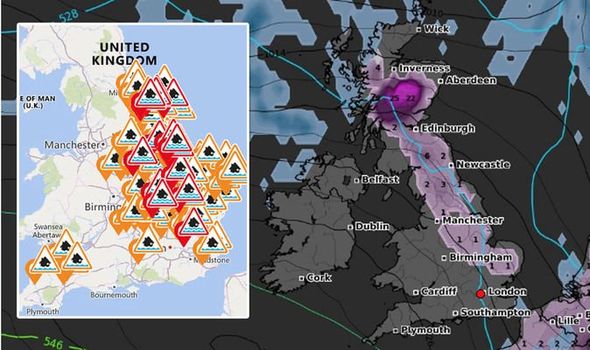 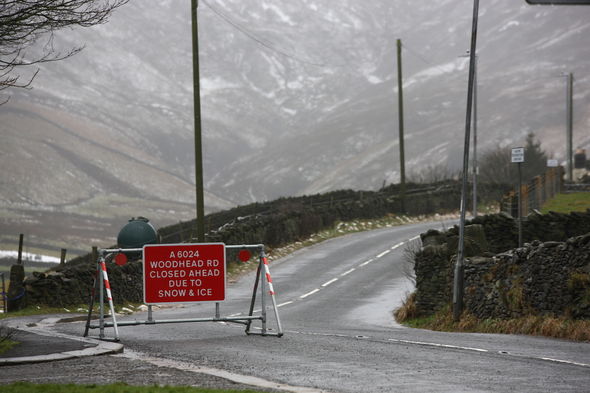 Officials with the agency have released a total of 120 advisories for the UK.

These include 99 flood alerts and a further 21 flood warnings asking people to either prepare or take immediate action.

The advisories have clustered across the east coast of the country from Canterbury to Scarborough.

Four flood alerts have emerged on the west coast around Somerset. 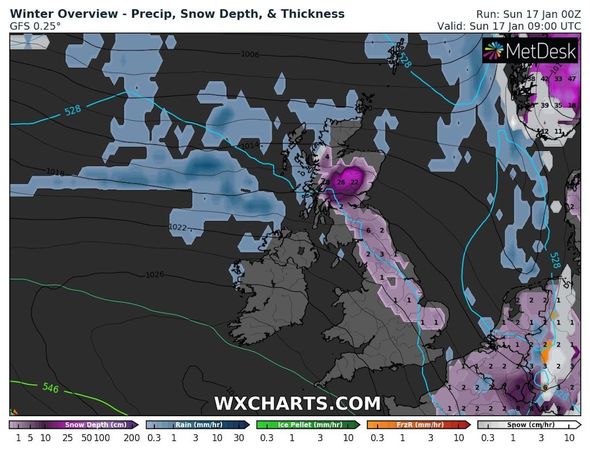 The Environment Agency urges those living under a flood alert to be prepared to act on a flood plan.

They should also prepare a flood kit of “essential items” and avoid travelling through flood water.

Flood warnings, on the other hand, are more severe and ask people to take “immediate action”.

The advice here is for people to protect themselves, their family and others, and move valuables to a safe place while turning off utilities and introducing flood protection equipment. 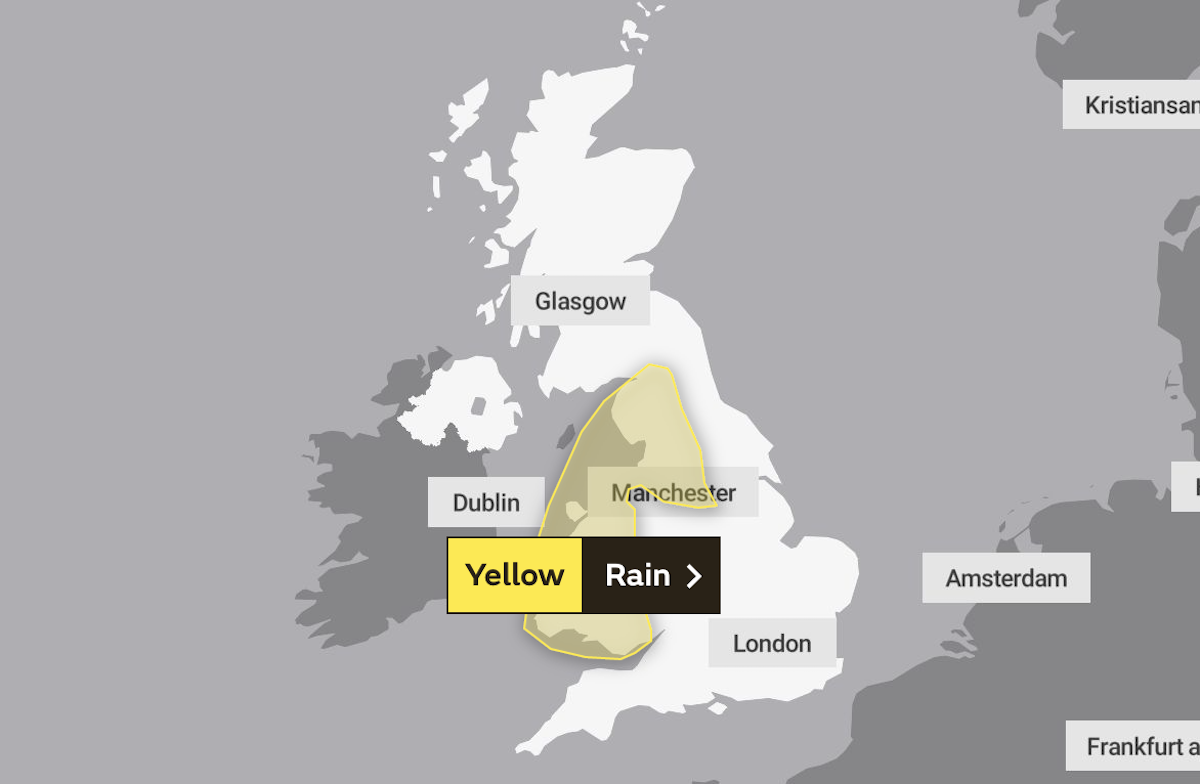 Flood warnings are in place for the following locations:

The Met Office has released weather warnings alongside the Environment Agency.

Forecasters have warned people to expect heavy rain across the west coast from Monday to Wednesday next week.

The yellow warning states: “Heavy rainfall combined with some snowmelt across the hills may lead to some flooding of roads and properties.”

The warning lasts from 6pm on Monday, January 18 to the same time on Wednesday, January 20 and predicts up to 30 to 60mm (one to two inches) of rain to fall “widely”.