UK weather: Dry and bright conditions with some rain

Alex Deakin from the meteorological service said that after a fairly dry start to the weekend the heavy showers would begin shortly. He warned that the rain would only “slowly fade” so if going out people need to prepare for a downpour on Saturday evening.

He said: “It is all moving through with heavy showers from Friday evening across the north east.

“They are fading away and much of eastern England will become dry overnight.

“Going to be a fairly warm night, temperatures holding up in the teens in many towns and cities.

“Onto the weekend then and we start with a weather front, this line of rain across from Yorkshire down through the Midlands, the south east, Wales and south west England. 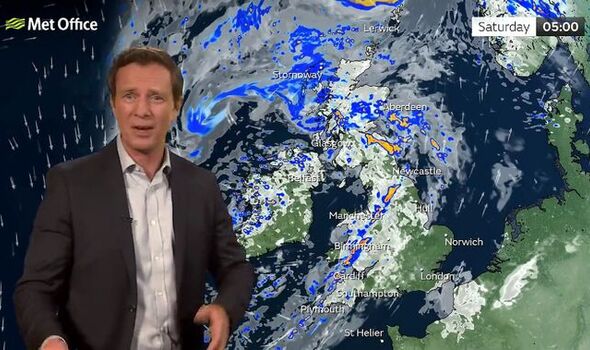 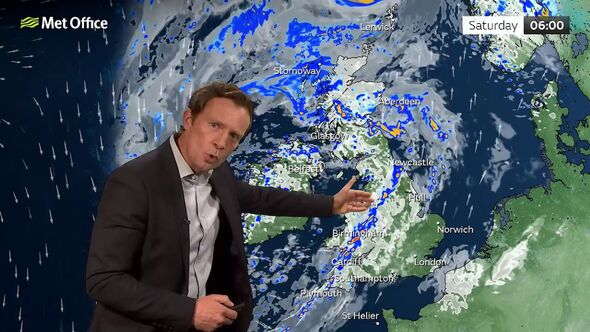 “Slowly heading eastwards but kind of fizzing out as it does so.

“Ahead of that East Anglia and the southeast a fine day by and large here with dry and bright conditions and sunny spells.”

However he also forecast the more unfavourable weather conditions to come later in the weekend.

He continued: “Later we see the showers arriving here. 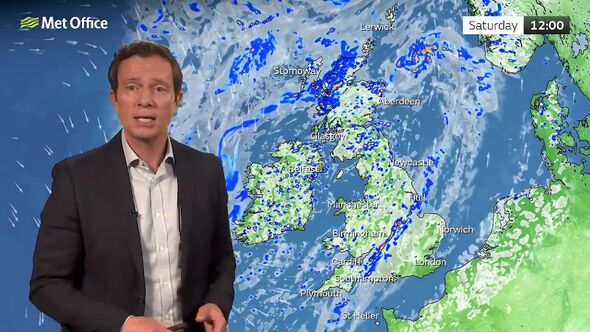 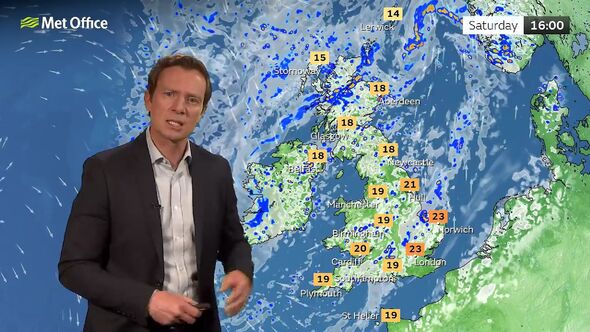 “Elsewhere, although it will be a case of seeing some fairly heavy showers developing once more, it probably won’t rain all day.

“There will be some brighter spells particularly in north Wales and northwest England.

“A bit of sunshine coming through at times, but staying fairly cloudy in northern Scotland with further outbreaks of rain here.

“And so on the cool side here, I think we’ll struggle to see temperatures much above 15 or 16C. 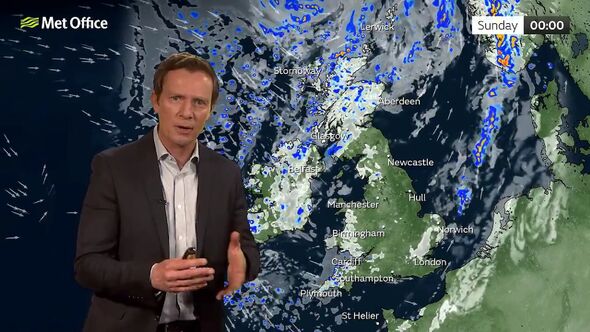 “Elsewhere, we’re looking at the high teens so generally a touch below average for this time of year.

“But with some sunny spells, the southeast could squeak up to 23, maybe 24C.

“There will be some late showers, though across East Anglia, the southeast and elsewhere, the showers will only slowly fade.