Most of the UK will be feeling the chill this bank holiday weekend as we are set to experience one of the coldest on record. August has been a month of considerably mixed weather, starting with an unprecedented heatwave and followed by two named storms, producing lightning and flash floods in some areas.

As the UK moves into September, it appears things will stay unbalanced and unpleasant for the time being.

Today, more rainfall is forecast to continue in parts of west Wales, Northern Ireland and coastal Scotland, and perhaps some more persistent rain for east England. 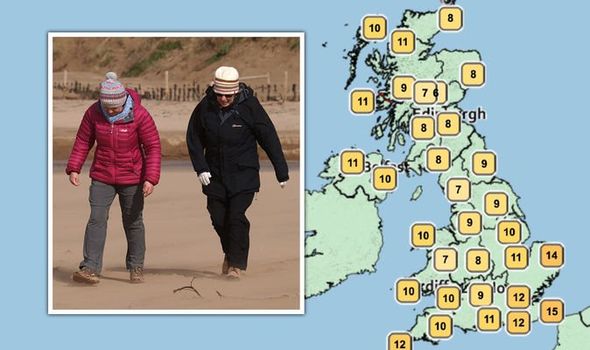 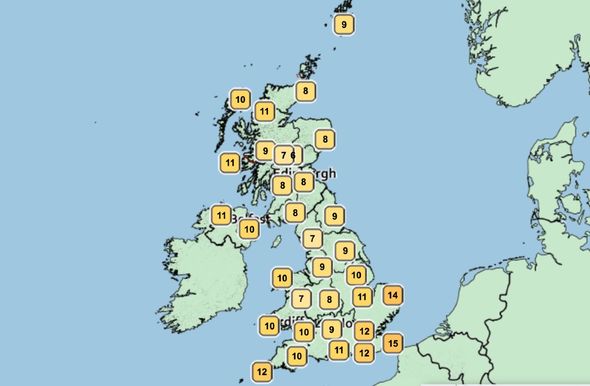 Heavy showers throughout this week have already brought major problems, with flash floods taking place in Scotland and Surrey and a railway station in south London forced to close.

Alongside the rubbish temperatures, the potential for flash floods continues, with heavy isolated downpours expected up and down the country.

Temperatures in Scotland are set to reach so low for this time of year that frost is expected in rural parts of the north.

Sunday is expected to be drier in most parts with light winds, and temperatures will be much cooler overnight. 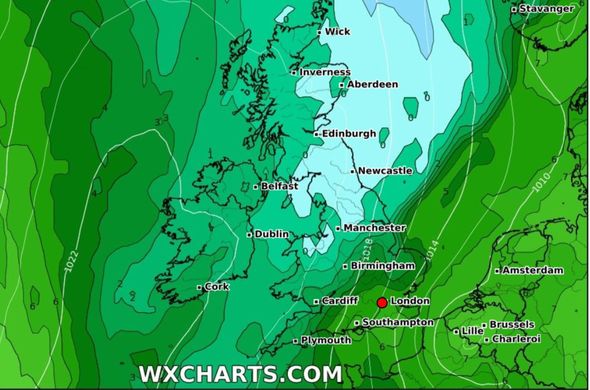 The Met Office weather report reads: “Low pressure will remain across the UK until the end of the week, bringing further spells of rain, showers and strong wind at times.

“After a dry and bright start on Thursday, most areas will see showers or longer spells of rain develop through the day.

“Friday will be another day of showers and it’ll turn windy across eastern areas for a time, but the winds will ease into the weekend as a large area of high pressure builds across the UK from the Atlantic.”

“With a heatwave earlier this month and in the last week we’ve had two named storms bringing very wet and windy weather across the country.

“With high pressure on the way this weekend we’re going to end the month with much more settled weather, with plenty of late summer sunshine for many.

“It’ll be a dry weekend for most areas too, though eastern areas can expect a few heavy showers on Saturday.”

“It’ll feel quite cool despite the sunshine, as northerly winds bring below average temperatures for the time of year with highs of around 16C to 18C. 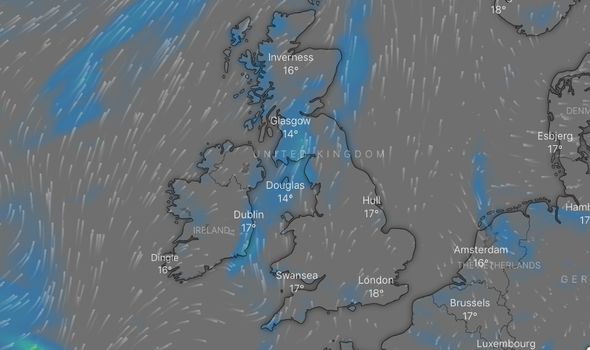 “At night it’ll feel really quite chilly, with temperatures dropping to single figures for most, and a chance of air frost in Scottish glens.”

Commenting on the weather following Bank Holiday Monday, Deputy Chief Meteorologist Chris Tubbs, said: “Later on Monday low-pressure will once again start to edge it’s way in from the Atlantic and it’ll turn cloudier with outbreaks of rain for Northern Ireland, with cloud and rain spreading to the rest of the UK by Tuesday.

“It’s likely to stay unsettled into the remainder of next week as we begin meteorological Autumn, with spells of wind and strong winds at times.”