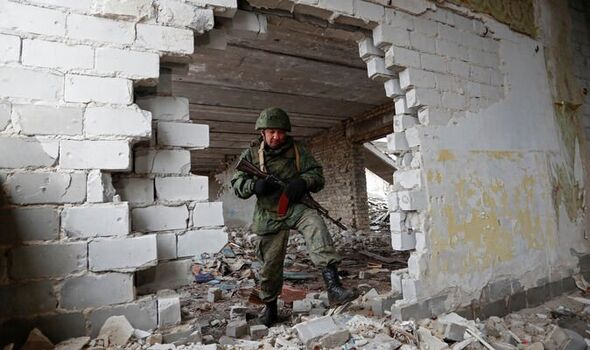 First, a village kindergarten in Stanytsia Luhanska was hit at 9am, injuring two civilians and leaving the community without electricity. An hour later at Popasna, 50 miles away, a school and two houses were hit, again not killing anyone.

It is also believed that Ukrainian soldiers in the 250-mile-long trench system in Donbas came under heavy artillery fire throughout yesterday. There were also reports of shelling at Donetsk airport. The flare-up was the most serious incident in months of Russian military build-up – even possibly since the 2015 so-called ceasefire.

Boris Johnson branded the preschool attack a “false flag operation designed to discredit the Ukrainians”. He added: “We fear very much that this is a thing we will see more of over the next few days.”