Report by Antonio Guterres says more than 2,780 people held in centres, with about one fifth of them being children.

United Nations chief Antonio Guterres has called for the closure of all detention centres holding refugees and migrants in Libya, condemning what he described as human rights violations committed there.

“Nothing can justify the horrendous conditions under which refugees and migrants are detained in Libya,” Guterres said in a report submitted on Thursday to the UN Security Council, according to AFP news agency.

“I renew my appeal to the Libyan authorities … to fulfil their obligations under international law and to close all detention centres, in close coordination with United Nations entities,” he added.

According to the secretary-general’s report, more than 2,780 people were being detained as of July 31 in centres across Libya. Twenty-two percent of the detainees were children.

“Children should never be detained, particularly when they are unaccompanied or separated from their parents,” Guterres said, calling on Libyan authorities to ensure the children are protected until “long-term solutions” are found.

Libya has been mired in chaos since the 2011 overthrow and killing of longtime ruler Muammar Gaddafi, with warring rival administrations based in the country’s west and east battling for power.

As the country slid into conflict, traffickers have exploited the unrest to turn the North African country into a key route for migration towards Europe, across the Mediterranean. In the past three years, however, crossings dropped sharply due to European Union and Italian-backed efforts to disrupt trafficking networks and to increase interceptions by Libya’s coastguard.

Human rights groups have repeatedly criticised the systematic return of migrants intercepted in the Mediterranean to Libya, where they are held in crowded detention centres nominally under the control of the internationally recognised Government of National Accord in Tripoli.

“The conditions in these centres are crazy,” Alkaol, 17, a migrant from The Gambia, told Al Jazeera earlier this year.

“Sometimes you get food, sometimes you don’t. If they give you bread, you eat half and save half. You don’t know when you will eat next. If you don’t have money, your only way out is either escaping or death.

Guterres also cited reports of torture, enforced disappearances, and sexual and gender-based violence in the centres, committed by those running the facilities.

He also mentioned a reported lack of food and healthcare.

“Men and boys are routinely threatened with violence when they are calling their families, to pressure them to send ransom money,” he wrote.

“Migrants and refugees have been shot at when they attempted to escape, resulting in injuries and deaths,” the report said, alleging that some are even “left on the streets or bushes to die” when they are deemed too weak to survive.

In centres where arms and munitions are stored, some refugees and migrants are recruited by force, while others are forced to repair or reload firearms for armed groups, it said.

More than a year after a July 2019 air raid killed more than 50 refugees and migrants and wounded dozens more at a detention centre near Tripoli, no one has been forced to account for the deaths, Guterres said.

The attack followed repeated warnings about the vulnerability of people detained close to Libya’s conflict zones and raised tough questions about whether it was necessary to lock them up in the first place. 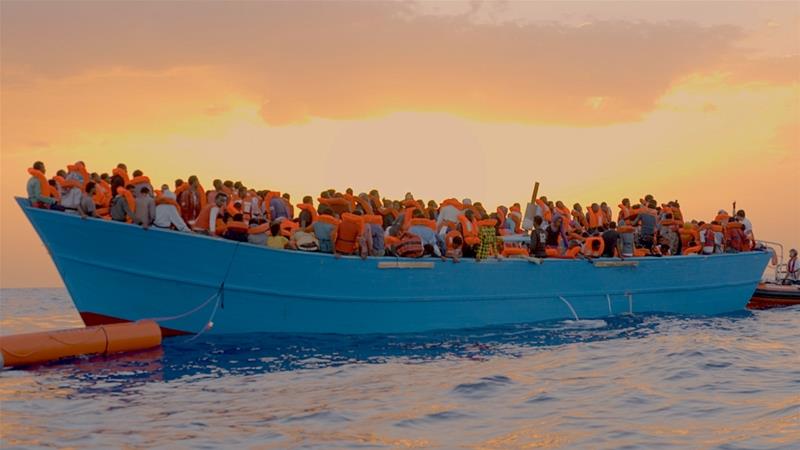 Lifeboat: On the Front Lines of the Refugee Crisis