The UN budget for 2022 has been approved by the UN General Assembly at around $3.12 billion (£2.5billion). The organisation, which aims to promote global peace and security, is made up of 193 sovereign states. Under the UN Charter, members must make an annual contribution to the organisation, with the amount depending on nations’ economic development. These payments fund the core functions of the UN through its regular and peacekeeping budgets.

However, more than half of the UN’s money for this year remains outstanding, according to the latest UN data.

As of June 22, just 107 countries had paid their dues, meaning that at least half the 2022 budget had still not been paid.

The deadline for member states to make payments is the end of February.

The countries that have failed to make their full contributions in 2022 include some of the world’s largest economies and populations.

The US, China, Russia, Saudi Arabia, Brazil, Mexico, Indonesia and Argentina are all on this red list. 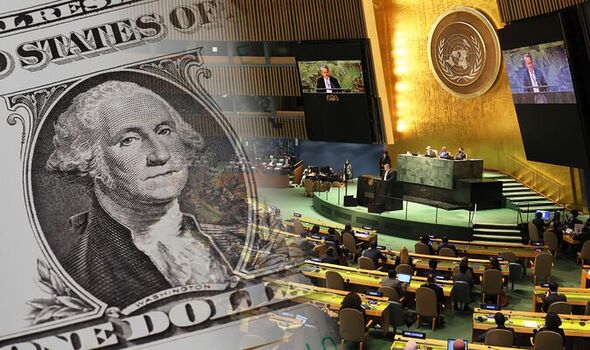 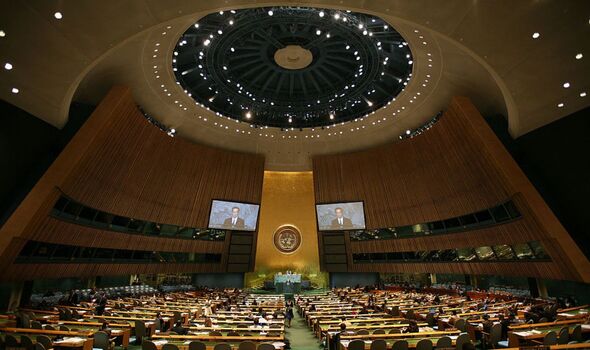 A string of European nations were also among the late payers, including the UK, Spain, Italy and Greece.

Amid the outstanding funding contributions, the UN controller warned of a “looming liquidity crisis”.

Assistant Secretary-General Chandramouli Ramanathan said this meant that services over the next year could be interrupted.

Addressing delegates in New York in May, he claimed the organisation did not know where its budget would be up to come June.

He said: “We have no crystal ball and no one can tell us what they are predicting. It is a roller coaster ride.” 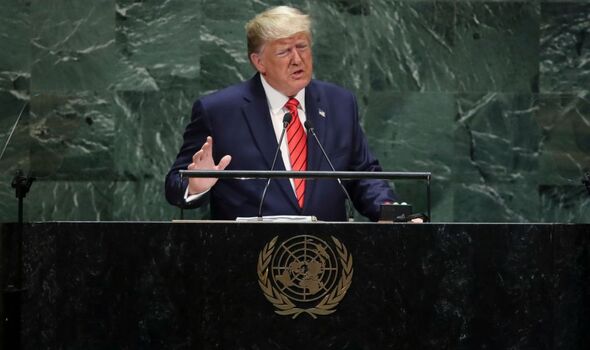 The UN chief stressed the dangers of inaction, given the impact on services, and said: “Doing nothing is not an option.”

He added: “No organisation the size of the United Nations operates without a working capital fund.”

Despite the warnings, UN data shows that the 107 countries which had not paid-up as of June 22 is a similar number to recent years. 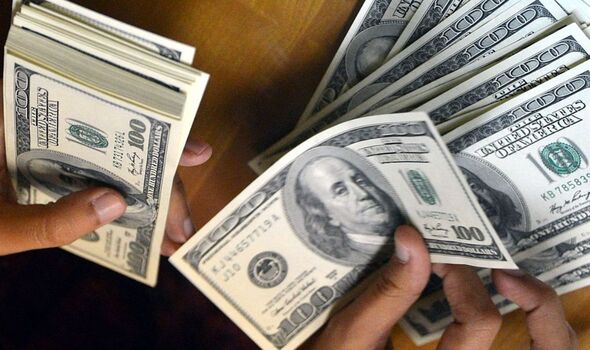 One of the major absences from the UN’s balance sheet this year is the US, the largest financial contributor to the organisation.

Its missing payment means the UN budget faces a funding black hole of $693million (£569million) or 22 percent of the budget.

However, for the US, which enjoys major influence within the UN, late payments are the norm. 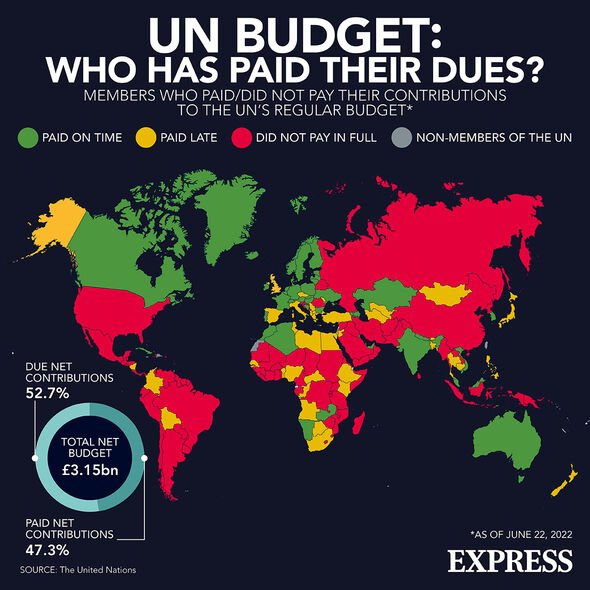 The US usually pays up after its fiscal year ends on September 30.

Former US President Donald Trump slashed funding to some of the UN’s agencies, before his successor Joe Biden largely reversed the cuts.

For countries that fail to pay their dues, the UN can mete out punishments under its charter.