The US election 2020 came to a close last week when various decision desks around the world called the race for Joe Biden. The President-Elect and Democratic Party saw a week of success, as they claimed the Oval Office and retained control of the House of Representatives. But their majority remains slim, casting doubt on the future of House Speaker Nancy Pelosi.

The 2020 election was not a storming victory for Democrats across the US, as although they regained the presidency they suffered some losses in the House of Representatives.

They still have a majority in the Capitol’s lower chamber, but it is a slim one.

Republicans defied pre-election polls and captured 10 to 15 seats from the party, dissolving their 35-seat lead. 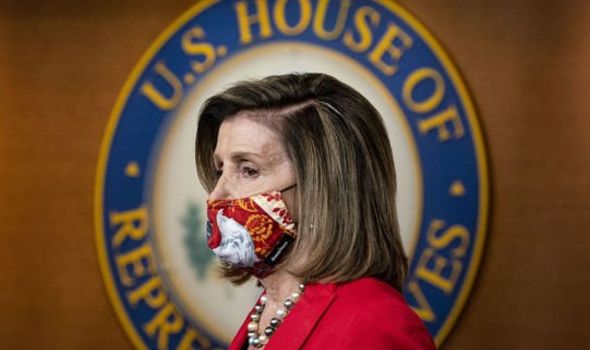 Kyle Kondik, a political analyst with the University of Virginia, said the results show some Republicans disliked Donald Trump enough to vote him out.

But he added they were not committed enough to defend a Democrat majority.

He told Al Jazeera: “It feels like a small but important number of voters who didn’t like Trump and voted for Biden also didn’t want to give control of Congress to Democrats.

“The Republicans did a lot better than most people expected.”

The results have caused havoc for Democrats who should be rejoicing, with factions divided as they try to place blame on the losses.

Warring Democrats could end up costing Nancy Pelosi her spot in the House, as she requires a clear majority of votes to remain Speaker.

The Congresswoman needs a total of 218 to keep her position for another two years, according to a leading Republican.

Mr McCarthy, a Californian Representative, added his party is close to Congressional control with cross-party cooperation.

He said: “We didn’t lose one incumbent. We won every seat except one open.

“We won 28 of the 29 most competitive seats. We didn’t lose the Senate.

“We didn’t lose one control of any legislature. Actually, Republicans gained three new legislatures and we’ve had the most competitive presidential race in our modern history.”

Mr McCarthy added: “To become Speaker you have to have 218 votes on the floor.

“When Pelosi went up for that vote two years ago, there were 15 Democrats who voted against her. Ten of those Democrats will be coming to Congress.

“Those 10 vote against her again, she will not be Speaker of the House.

“We are close enough now that we can control the floor with a few Democrats joining with us.”