Although the bombers strayed into US airspace, Russi insisted the 11-hour flight complied with international law. The Russian Defence Ministry said in a statement: “Four strategic Tu-95MS missile carriers of the Russian Aerospace Forces’ long-range aviation conducted a planned flight over the neutral waters of the Chukchi Sea, the Bering Sea, the Sea of Okhotsk, and the northern part of the Pacific Ocean.” In response, the US sent F-22 Raptor tactical fighters to accompany the planes.

The US has previously accused the Russian military of interfering with manoeuvres or venturing into US airspace.

In May, two Russian SU-35 jets flew alongside a maritime patrol aircraft in the Mediterranean Sea.

Due to this interference, the US insisted naval operations had been severely hindered.

Although the jets operated in international airspace, the US claimed the behaviour was irresponsible and dangerous. 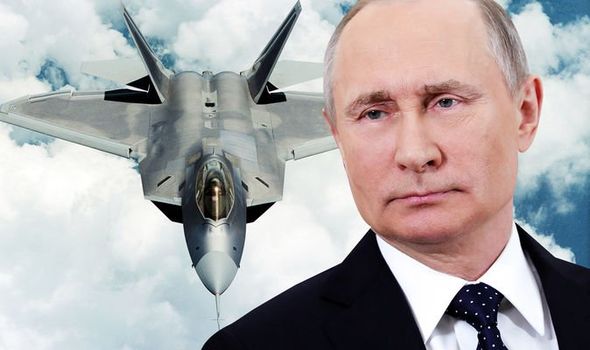 A defence department spokesman said: “Actions‎ like these increase the potential for midair collisions.”

Incidents have not just remained between the US and Russia, however.

The RAF fighter jets were sent to from a base in Lithuania last Thursday. 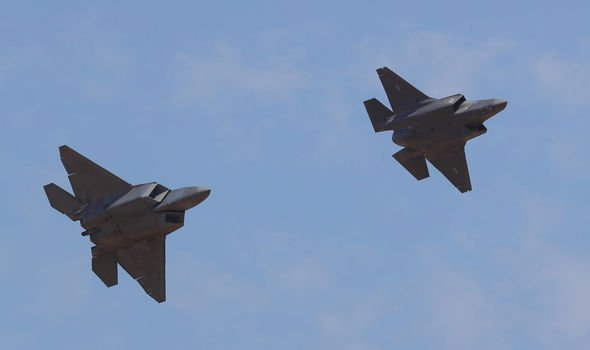 The jets were sent to monitor three Russian planes over the Baltic Sea and comes as part of NATO-s Air Policing Mission.

Russian jets have often been accused of violating sovereign airspace in order to test response times.