Home » World News » US legislators call for deadline extensions for refugees, others

US legislators call for deadline extensions for refugees, others

Refugees, special immigrant visa recipients face delays due to pandemic that could cause their permits to expire. 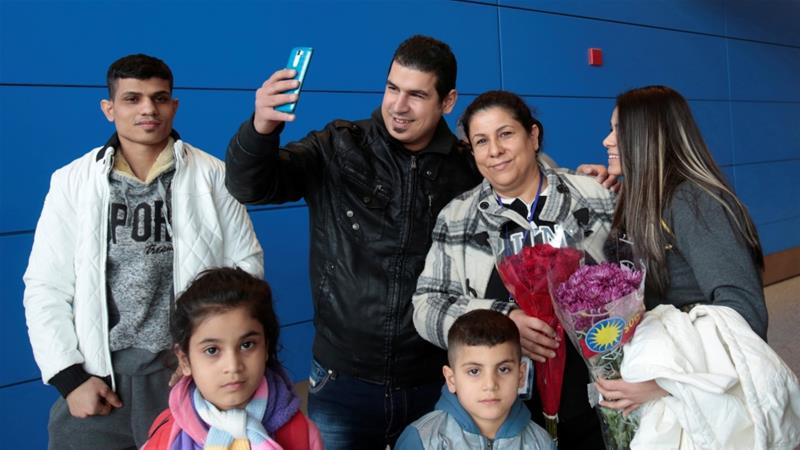 A bipartisan pair of United States senators this week urged the US to extend visas and deadlines for immigrants and refugees, many of whom face danger should they be deported or their arrival to the US be delayed, during the coronavirus pandemic.

The letter, signed by Senators Patrick Leahy, a Democrat, and James Lankford, a Republican, calls on the Departments of State and Homeland Security to ensure the safety of refugees and special immigrant visa (SIV) recipients during the pandemic.

“Refugees are among the most vulnerable populations during this global COVID-19 pandemic,” the letter to Secretary of State Mike Pompeo and Acting Secretary of Homeland Security Chad Wolf said.

“SIV recipients, many of whom have risked their lives assisting the US military in combat zones are similarly vulnerable to the impacts of this crisis”, the letter said. The SIV programme was created in 2008 specifically for Iraqis who had assisted the US since during its invasion of the country in 2003. The programme later expanded eligibility to Afghans.

The senators’ move was immediately welcomed by advocacy groups.

“Senators Lankford and Leahy’s vital advocacy and bipartisan support urges the Administration to extend deadlines and validity periods so these individuals can arrive in safety without further delay,” said Betsy Fisher, the director of strategy for the International Refugee Assistance Program (IRAP).

IRAP and 100 other advocacy organisations sent a similar letter to Pompeo and Wolf on March 31, urging an extension of validity periods for visas and other entry permits.

Resettlement of refugees and SIVs have been temporarily suspended due to the global pandemic, which presents a new challenge for advocacy groups.

“Refugees fleeing danger and persecution will face even longer delays in resettlement due to this pandemic,” Fisher said. 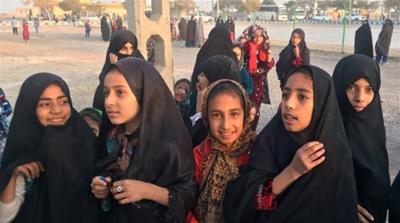 “Many Iraqi and Afghan wartime partners who have completed years of processing to obtain an SIV will see their visas expire and remain in danger” if the validity periods are not extended, she added.

Advocacy groups lobbied legislators to increase the number of SIVs authorised and foreign nationals can wait months or years for their visas – often at great expense to their financial and personal safety – under normal circumstances.

SIV candidates receive extensive vetting from officials during interviews and other meetings while outside the US. They must prove their relationship to US authorities and the threats against them and their families.

IRAP Communications Director Henrike Dessaules told Al Jazeera: “Hundreds of refugees and SIVs who are cleared for travel will face indefinite delays if arrivals do not resume in May.”

Dessaules added that “a delay on travel until July would mean that thousands of refugees and SIVs would face additional and indefinite delays.”

The Department of State did not immediately respond to Al Jazeera’s request for comment.

According to the Leahy and Lankford, acting on this issue is in the US interest.

“Taking this action would be a small but important step to ensure that the United States leads by example in keeping its promises to refugees and SIV recipients already vetted and approved for resettlement in our country, and prevent further harm to these particularly vulnerable populations,” the senators said in their letter.