Home » World News » US on track to pull troops out of Afghanistan: Pentagon

US on track to pull troops out of Afghanistan: Pentagon

Some question whether the US-Taliban agreement aimed at bringing peace to Afghanistan was mainly just a withdrawal deal. 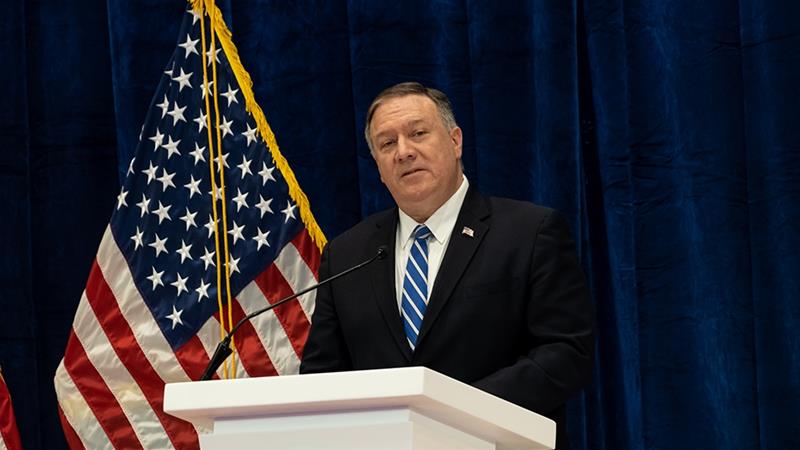 The United States is on track to meet its commitment to the Taliban to withdraw several thousand troops from Afghanistan by mid-July, even as violence flares, the peace process is stalled, and Kabul struggles in political deadlock.

US officials say they will reduce to 8,600 troops by July 15 and abandon five bases. By the second quarter of 2021, all foreign forces are supposed to withdraw, ending the US’s longest war. Yet the outlook for peace is cloudy at best. In the absence of Afghan peace talks, the administration of US President Donald Trump may face the prospect of fully withdrawing even as the Taliban remains at war with the government.

That has concerned some lawmakers, including Representative Liz Cheney, a Republican and member of the House Armed Services Committee.

“Withdrawing US troops from Afghanistan won’t end the war – it will just let the terrorists win,” she told The Associated Press.

Some question whether the US – Taliban agreement signed in Doha, Qatar, on February 29, which the Trump administration billed as “a decisive step to achieve a negotiated peace”, was instead mainly a withdrawal agreement. Trump had campaigned on bringing troops home from foreign wars. And although the Afghan government publicly supported the deal, it did not participate directly in the negotiations and has not, in Washington’s view, capitalised on the chance for peace talks.

“President Trump promised to bring our troops home from overseas and is following through on that promise,” the White House said when the Doha deal was signed.

The deal stipulated that the Taliban would start intra-Afghan peace negotiations on March 10, but that has not happened. The Taliban and the Afghan government also have squabbled over a promised release of each other’s prisoners.

“A lot of this boils down to: Was the US -Taliban agreement any kind of serious negotiation at all, or was it just totally a fig leaf to cover abject withdrawal? I suspect the latter,” Stephen Biddle, a Columbia University professor of international and public affairs and a former adviser to US commanders in Kabul, told the Associated Press.

“It gave away almost all the leverage we had in exchange for virtually nothing,” he added. “It looks very much like a situation in which the Taliban have concluded that the Americans are out, and they’re going to play out the string and see what happens when we’re gone.”

The US has been the prime backer of the Afghan government since it invaded the country soon after the September 11, 2001, attacks and overthrew the Taliban.

According to US government auditors, Washington has committed $86bn to support Afghan security forces and is still spending about $4bn a year.

The Trump administration has expressed frustration with the lack of movement toward peace talks, but it has not threatened publicly to pull back from its commitment to fully withdraw. It did conduct an air attack against the Taliban in defence of Afghan ground forces in early March just hours after Trump had what he called a good conversation by phone with a senior Taliban leader, Abdul Ghani Baradar.

Although the withdrawal is required by the Doha agreement, US defence officials had said for many months that they wanted to reduce to 8,600 – the approximate number of troops that were supporting Afghan forces and conducting counterterrorism operations when Trump took office.

US officials constructed the Doha agreement mainly as a way of ending US involvement in the war, rather than as an assured path to peace. The withdrawal is subject to Taliban assurances, but it does not require a peace settlement.

The deal also is seen by the US as a way to enlist the Taliban in the fight against the ISIL (ISIS) group. The US military considers the group’s Afghan affiliate as a greater threat than the Taliban.

The US agreed to withdraw not just military forces but also all intelligence agency personnel, private security contractors, trainers and advisers. NATO allied forces also are to withdraw.

The Doha deal was seen at the time as Afghanistan’s best chance at peace in decades of war, but the government has since been consumed with political turmoil. Ghani and his rival Abdullah Abdullah have both declared themselves winners of last year’s presidential polls, and each declared himself president.

Defense Secretary Mark Esper has said that getting out of Afghanistan would advance his aim of devoting more forces to the Asia-Pacific region to counter China, which he sees as the number one long-term threat to the US.

Esper has been sceptical of the Taliban’s commitment to peace, and on May 5 he said neither the Taliban nor the Afghan government is abiding by the agreement.

Esper said the Taliban should return to the reduced levels of violence that existed in the week before the February 29 Doha signing.

At the time, Ghani put his government forces in a defensive stance, but on Tuesday he ordered a return to the offensive, expressing anger for two attacks, including one that killed 24 people, including infants, at a hospital. 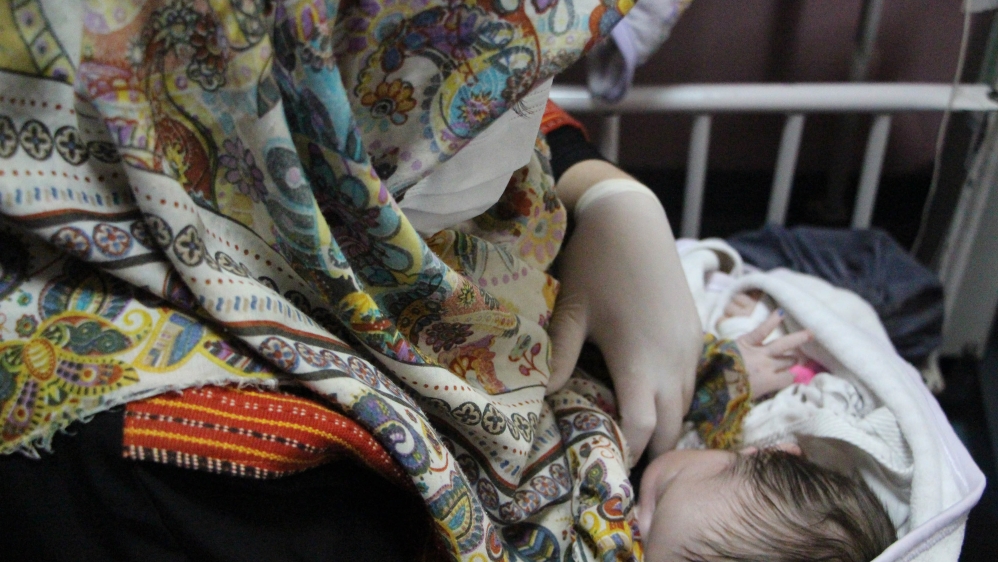 The Taliban denied responsibility and the US has blamed the ISIL affiliate in Afghanistan for the attack. The Taliban on Thursday said it had carried out a suicide bombing as retaliation for having been falsely accused by Ghani.

A Pentagon spokesman, Lieutenant Colonel Thomas Campbell, indicated the US stance has not changed.

“Consistent with the agreement, the US military will continue to conduct defensive strikes against the Taliban when they attack our [Afghan] partners,” he said Wednesday. “As the secretary of defence stated recently, this is going to be a windy, bumpy road, but a political agreement is the best way to end the war.”