Floodwaters burst a dam open on Sunday as a deluge of water stormed through a valley in the Indian state of Uttarakhand. Most of the missing people are understood to be workers from two nearby hydropower plants. The rescue effort is currently focused on a number of sites, including a tunnel more than 200metres (656ft) in length. More than 30 people were reportedly trapped inside when the barrage burst. Since then, there has been no contact with any of the residents stuck inside, with a rescue teams helicopter hoping to clear the area by the time the night arrives.

Since then, there has been no contact with any of the residents stuck inside, with a rescue teams helicopter hoping to clear the area by the time the night arrives.

Hundreds of troops, paramilitaries and helicopters have been sent to the sites in an effort to help with the rescue mission.

As it stands, 26 bodies have been recovered from the site.

Meanwhile, 171 people are still missing, 25 of which are understood to be in the tunnel awaiting rescue. 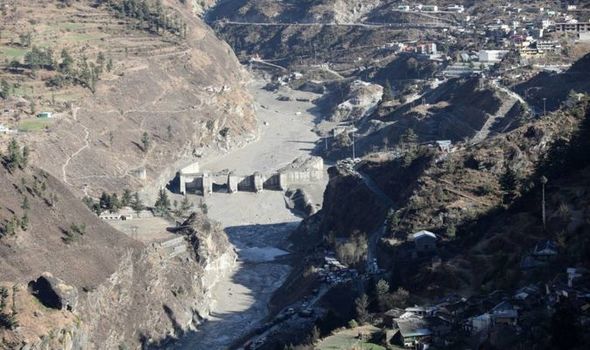 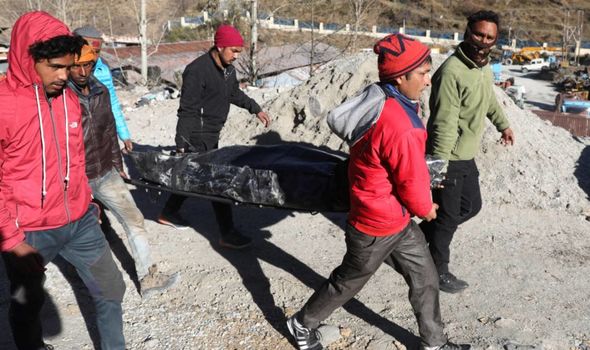 The forces on site have managed to clear a 90-metre-wide stretch of debris in the big tunnel at Tapovan, with 100metres of clearing still left to complete.

Speaking from the hospital, one person who was there when the dam burst described his experience.

The survivor told reporters: “We heard screams ‘get out, get out’. We didn’t know what was happening.

“We started running to escape when the force of the water gushed in through the mouth of the tunnel, and we couldn’t get out because of that. 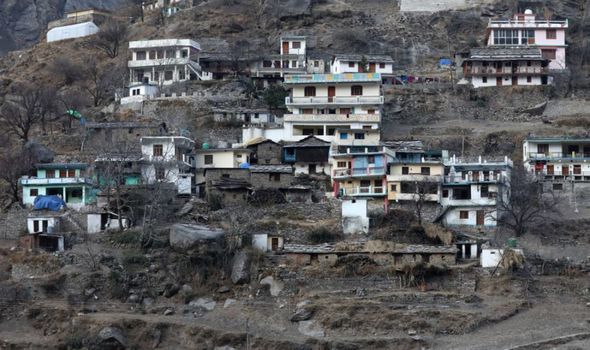 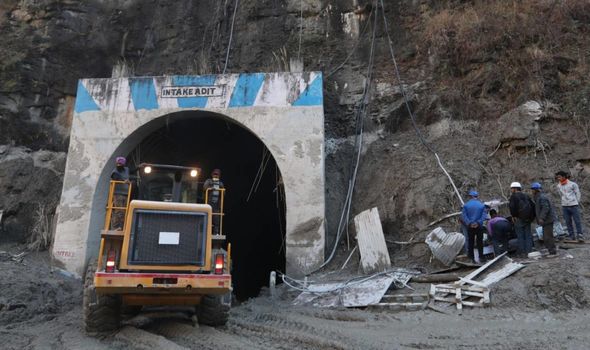 “We held on to the [roof] of the tunnel. We held on for about one hour.

“As the water receded, we slowly climbed onto the big rocks that flowed in, to take a breath.

“We had lost hope. We did not think we would survive.” 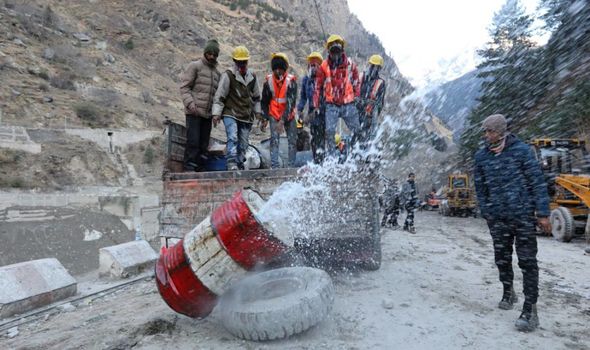 Police said the impact catapulted water along the Dhauliganga river, which damaged another power project downstream in the Tapovan area.

Senior police officials said a bridge in the Tapovan area, which is a lifeline to 13 villages, connecting them together, was washed away in the avalanche.

To provide relief to some of the villages, food packets were air dropped.

Emergency operatives had already tried to evacuate dozens of villages earlier, but authorities said the main flood danger had passed by that point.

Reports suggest between 35 and 40 other people are trapped in a second tunnel.

The director general of the National Disaster Response Force told ANI news agency that rescue operations could take up to 48 hours.

The area of Uttarakhand, in the western Himalayas, is prone to flash floods and landslides, meaning the freak incident isn’t isolated in the area.

An estimated 6,000 people were believed to be killed in June 2013, which were triggered by the heaviest monsoon downpours in decades.