Violent ex-hurricane to crash into giant anticyclone over UK 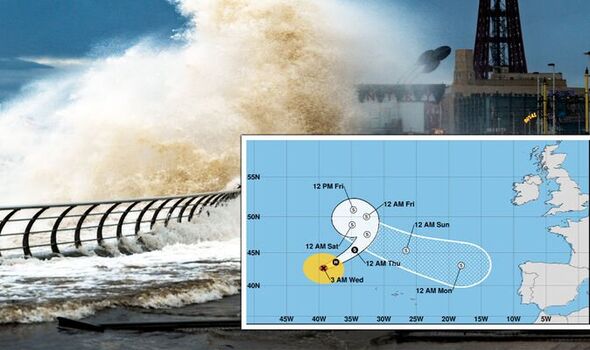 Meteorologists have their eyes trained on the tropical storm as it churns across the Atlantic while closely watching high-pressure building over Norway and Sweden. 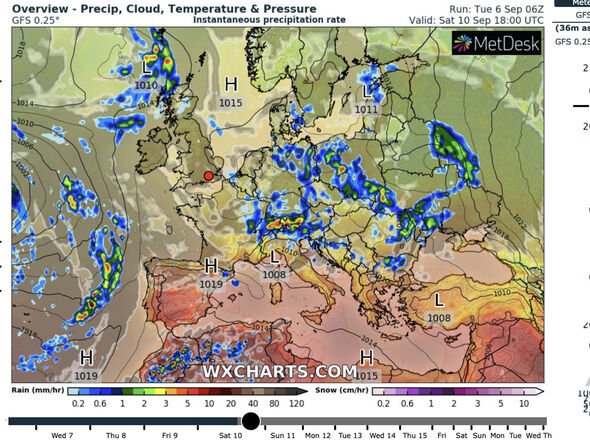 The two systems will collide next week pushing temperatures into the 20Cs in parts while threatening stormy outbursts elsewhere.

The remains of Danielle are expected to surge towards France, flicking a tail wind of showers across Britain as they pass.

Jim Dale, meteorologist for British Weather Services, said: “Ex-Hurricane Danielle should now be pushed further south towards France and the Bay of Biscay by a high-pressure system over Scandinavia.

“This is going to create a bit of a battle zone, and there may well be a fight between this high pressure and Danielle, with Danielle coming off worse.

“There may be some unsettled weather to parts of the country that catch its periphery, and the high will push temperatures up at the start of next week.”

Danielle will be the first ex-hurricane to hit the UK in what is forecast to be a violent tropical-storm system.

The remnants of Atlantic hurricanes often end up drifting towards Britain during autumn, where they either stir up unsettled conditions or push temperatures skyward.

Meteorologists are often guessing until the last minute which direction they will take and how they will effect the UK weather.

Mr Dale, author of Weather Or Not? said: “These systems are always very difficult to predict and can make the forecasts uncertain. “The remains of Danielle a couple of days ago looked like they may head towards the UK and affect our weather over the weekend.

“It now looks as though they will head much further south later than expected, or maybe die out in the Atlantic.”

“Whichever it is, it is more likely now to be the beginning of next week when the remains of the hurricane arrive.” 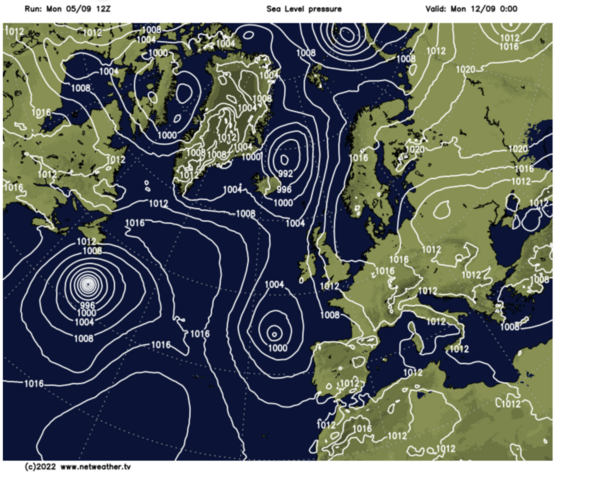 Britain is gripped in a turbulent week of weather thanks to low pressure which having been anchored to the west will now track across the country.

Weathertrending meteorologist John Hammond said: “We are all going to see a fair bit of rain at times, each day will be different with bands of rain spiralling around a deep area of low pressure which will eventually move west to east right across the country.”

“Eastern Scotland will get a pasting, as will parts of Northern Ireland and eventually Wales and southern England as that low tracks its way bodily across the country.”

“There will be some sunshine in between the downpours.”

“The remnants of Danielle may bring unsettled conditions to the south or miss the UK completely”, he said. 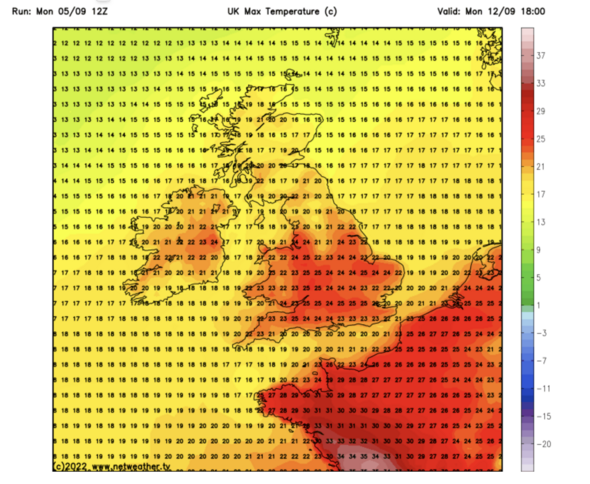 Those hoping for a lengthy dry spell will have to wait beyond this week although rainfall will help replenish water reserves depleted after the hot summer, he added.

He said: “Next weekend there is a little bit of concern about the remnants of Hurricane Danielle which is way out in the Atlantic.

“The remnants of that could bring some more significant rain particularly to southern areas through next weekend, but there is a lot of uncertainty about that and ex-Danielle might miss us completely.

“There is no sign of any prolonged dry weather on the horizon at the moment.”

The soggy outlook has prompted bookmaker Coral to slash the odds from 10-11 to 1-2 on the wettest September on record..

Spokesman John Hill said: “It has been a wet start to the month, and if the heavens continue to open, we could be set for the wettest September on record.

“We now make it odds-on to be the wettest September we have ever had.”