Washington curfew: What time does curfew start and end?

Hundreds of protesters have descended on the US Capitol building in Washington DC, disrupting proceedings taking place to certify President-elect Joe Biden’s victory in the US election. President Donald Trump addressed a rally of thousands of supporters prior to the protests, and he promised to “never concede” the election.

Lawmakers had met to confirm Joe Biden’s votes and certify his position as America’s next President, and he is due to be inaugurated as President later this month.

Protesters marched through the halls waving American and Trump flags, and one person was shot during the conflict between police and Trump supporters.

People inside the building were told to duck under their seats and put on gas masks as tear gas was deployed in the building. 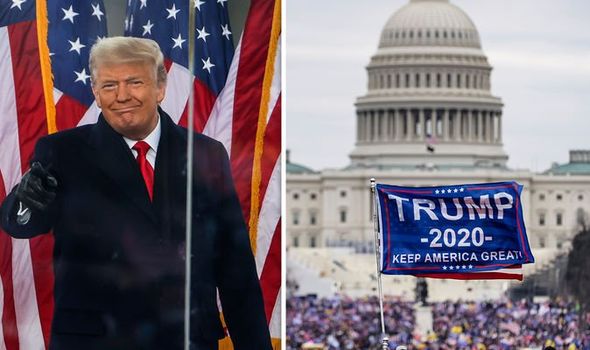 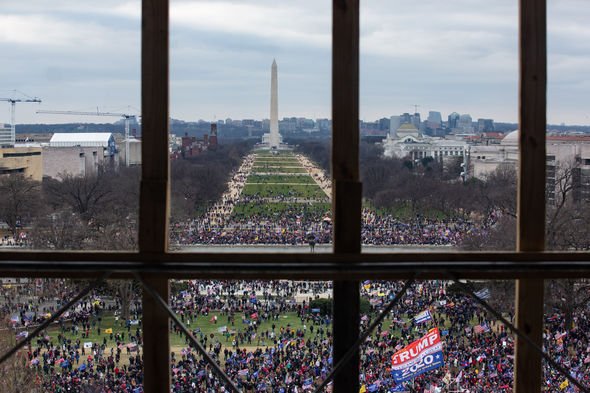 Law enforcement officials said at least one explosive device was found near the US Capitol, confirming it was “no longer a threat”.

Mr Trump later appealed to his supporters to keep the protests “peaceful” at the Capitol.

Donald Trump tweeted: “I am asking for everyone at the U.S. Capitol to remain peaceful. No violence!

“Remember, WE are the Party of Law & Order – respect the Law and our great men and women in Blue. Thank you!” 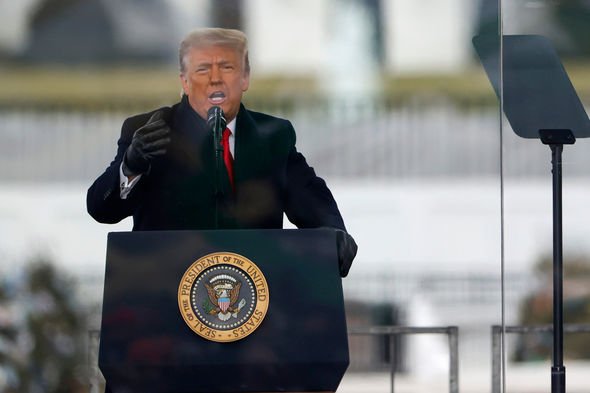 In a video later posted on Twitter, Mr Trump asked his supporters to “go home”, while claiming the results of the election were fraudulent and he feels their “pain”.

The President-elect said the behaviour of protesters at the Capitol today bordered on “sedition”.

Mr Biden said: “Let me be very clear, the scenes of chaos at the Capitol do not reflect the true America, do not represent who we are.

“What we’re seeing are a small number of extremists dedicated to lawlessness. 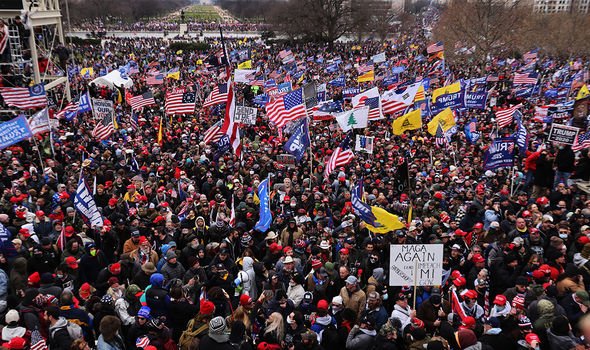 “This is not dissent. It’s disorder. It’s chaos. It borders on sedition and it must end, now.

“I call on this mob to pull back and allow the work of democracy to go forward.”

UK Prime Minister Boris Johnson has condemned the scenes in Washington and said there must be an “orderly transfer of power” in the US.

He tweeted: “Disgraceful scenes in US Congress. The United States stands for democracy around the world and it is now vital that there should be a peaceful and orderly transfer of power. “

What time does curfew start and end?

Washington Mayor Muriel Bowser has ordered a city-wide curfew for Washington DC in response to the protests.

The curfew will start at 6pm local time (11pm GMT) and will remain in place until 6am local time on Thursday, January 7.

Ms Bowser said in an address to the city: “I continue to urge all Washingtonians to stay home and stay calm, and if you see something, say something.”