Donald Trump walked down the White House back lawn for the last time as he quit Washington ahead of the inauguration. Mr Trump was spotted walking to the presidential helicopter with wife Melania Trump by his side. The incumbent president waved at assembled officials standing in the lawn as he walked into the helicopter, exchanging some words before boarding.

He said: “It’s been a great honour, the honour of a lifetime.

“We love the American people and, again, it’s been something really special.

“I just want to say goodbye but hopefully is not a long-term goodbye, we’ll see each other again.”

JUST IN: Kamala Harris ‘hates’ Boris Johnson as tensions soar ahead of inauguration 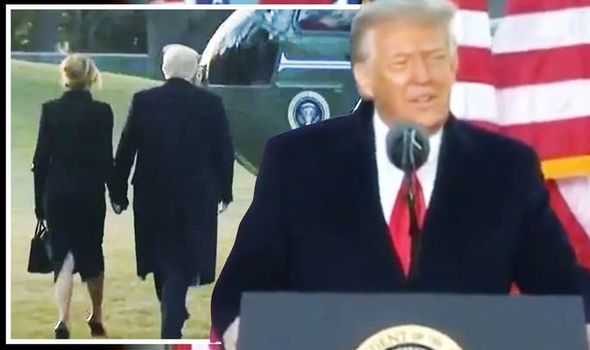 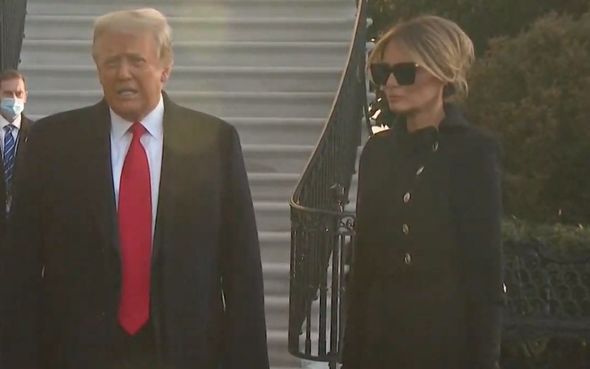 President Trump will be heading to Florida after he announced last week he would not attend the inauguration ceremony for his successor, Joe Biden.

Wife Melania Trump will accompany her husband to his Mar-a-Lago resort on the Air Force One before Mr Biden is officially sworn in.

Outgoing presidents have traditionally attended the ceremony and welcomed their successors into the White House but President Trump has stuck to the end with his stance on not accepting the certified results of the vote.

Speaking from the Joint Base Andrews in Maryland later, Mr Trump added: “What we’ve done has been amazing by any standard.

Donald Trump says ‘we will be back in some form’ 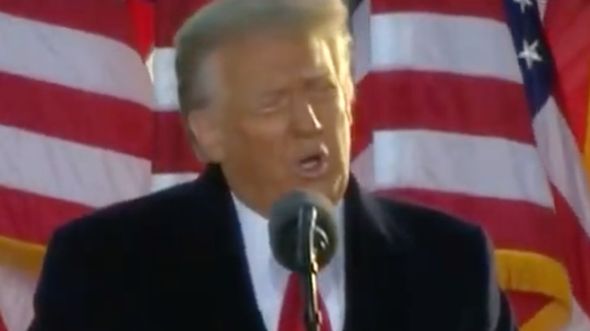 “We took care of the vets, 91 percent approval rating, they never had that before.

“The vets have given us an approval rating like there’s never been before.

“We took care of our vets and our beautiful vets they were very badly treated before we came along.”

He added: “We also got the largest tax cut and reform in the history of our country by far.

“I hope they don’t raise your taxes, but if they do I told you so!”