The footage captures the moment a Russian arms store was hit by a major explosion in the village of Maiske in north-east Crimea. The explosion comes a week after the apparent Ukrainian attack on Saki Russian air base in the south-western region of the annexed peninsula.

A Russian ammunition depot, located in the Crimean village of Maiske, was seen blowing up in a massive explosion.

Following the blast, flames and black smoke are seen coming out of the explosion epicentre and heading up to the sky.

A previous video, released on the same day, showed images of the Russian arms store a few days before it was blown up this morning.

On the second clip, recored on a train moving across the Russian depot, a lot of BM-21 grenades and ammunition boxes are seen open in the air. 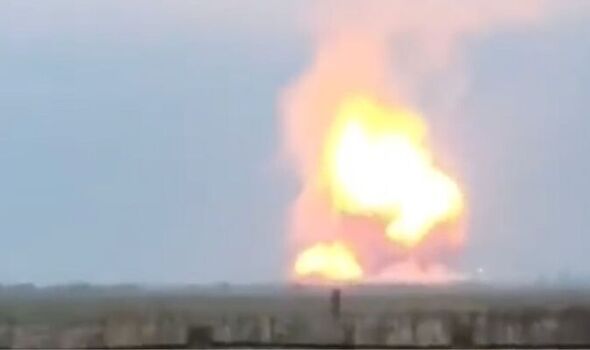 The ammunition filmed on the clip are believed to be the one which exploded in the blast recorded on Tuesday morning.

The clip, witnessing the Russian arsenal before the explosion, was released on Twitter by military blog @Militarylandnet and was commented: “A video of the Russian base a few days before it was blown up this morning.

“A lot of BM-21 Grads and ammunition boxes in the open. Russian officials already stated it was an act of sabotage”.

In light of the blast, Russian officials said a fire triggered the explosion in the Crimean village, before later blaming sabotage. 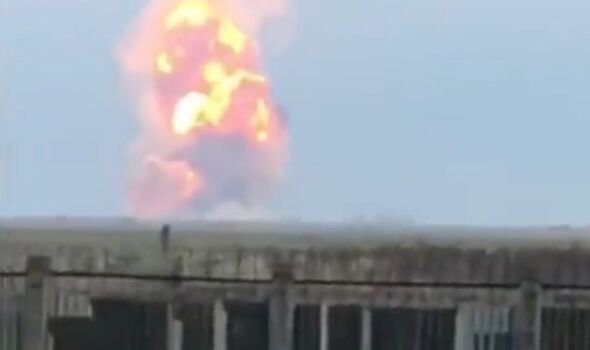 Besides the explosion at the depot, a separate fire was also recorded at the power substation located near the arms store.

Despite Ukraine not officially admitting the attack, presidential office adviser Mykhailo Podolyak hinted at the blast and described the latest blast at the depot as a “demilitarisation action”, suggesting that the fire was not accidental but the consequence of a premeditated action by Ukrainian forces.

Russia’s Defence Ministry, on the other side, said the fire broke out at a temporary ammunition storage unit at around 06:15 Moscow time (03:15 GMT) and that the cause was being investigated.

The explosion in Maiske village comes a week after the apparent Ukrainian attack on the Russian air base in the village of Saki, in south west Crimea. 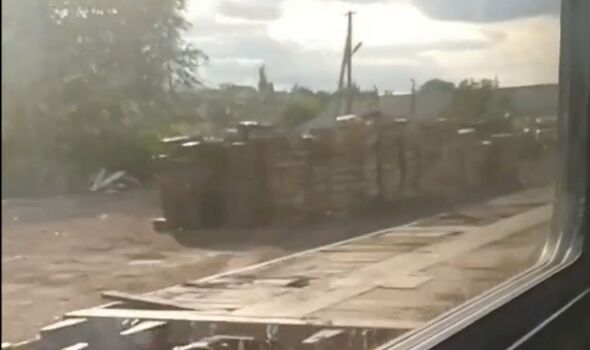 In light of the Russian military equipment loss, UK Ministry of Defence said the blast at Saki air base had “significantly degraded” Russia’s aviation capability in the south-eastern region of Crimea.

Russia insisted that the explosions recorded last week at the Russian air base were caused by the detonation of stored ammunitions, and not the result of any Ukrainian attack.

Ukraine has never claimed responsibility of the strike, suggesting the explosions were consequence of dangerous actions performed by Russians on the base.

Following the strike, however, in his nighty address to the nation President Zelensky mentioned Crimea and said he believed that Ukraine can retake control over the peninsula before the war ends.

Russia annexed Crimes from Ukraine in 2014, and since the beginning of the war in February Russia has been using the annexed peninsula as a propagandistic launching platform for its invasion.