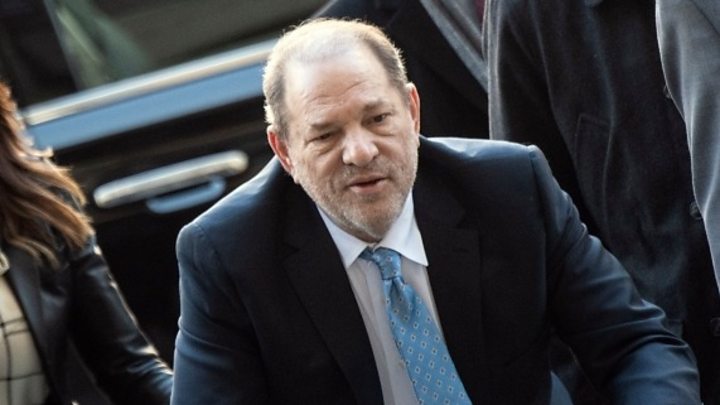 Harvey Weinstein has been found guilty of sexual assaults, including rape, capping a stunning downfall for the former Hollywood mogul and a victory for the #MeToo movement.

He was cleared of the most serious count of predatory sexual assault but faces up to 25 years in prison.

He still faces charges in Los Angeles of assaulting two women in 2013.

At least 80 women had accused him of sexual misconduct stretching back decades, including actresses Gwyneth Paltrow, Uma Thurman and Salma Hayek.

The allegations were at the centre of the #MeToo movement that inspired women to go public with misconduct allegations against powerful men.

The movie executive once enjoyed phenomenal success with Oscar winners such Pulp Fiction, Good Will Hunting, The King’s Speech and Shakespeare in Love.

Reports say he was taken to New York’s Bellevue Hospital suffering from chest pains after the verdict was announced.

He was due to be moved to prison on Riker’s Island to await sentencing on March 11.

What happened in the New York court?

The jury of seven men and five women reached their verdict on Monday morning, the fifth day of deliberations.

Weinstein – who denied all charges – was convicted of sexually assaulting former production assistant Mimi Haleyi in 2006 and raping Jessica Mann, a former aspiring actress, in 2013. The judge ordered him sent to jail immediately.

But the jury acquitted him on two counts of predatory sexual assault, which carried a potential life sentence, and first-degree rape of Mann.

In the minutes after the verdict, Weinstein showed no emotion as he talked to his lead lawyer Donna Rotunno. He will be sentenced on 11 March.

The third-degree rape charge in New York is defined as engaging in sexual intercourse with a person who is incapable of consent, or under age 17, or who has not given consent for a reason other than the inability to consent.

Prosecutors portrayed Weinstein as a serial predator who used his position of power in Hollywood to manipulate and attack women.

The defence team said sex between the movie executive and the accusers was consensual, and that the accusers used the relations to advance their careers. The allegations amounted to “regret renamed as rape”, the defence said. Two of the accusers kept in contact with Weinstein and had sex with him after the alleged attacks, they pointed out.

How did we get here?

How the Harvey Weinstein scandal unfolded

What were the allegations in this case?

Ms Haleyi, who had worked on one of Weinstein’s television productions, said she was assaulted by the producer after he invited her to his Lower Manhattan home.

She testified that he backed her into a bedroom, held her down on the bed and forced himself on her.

Ms Mann said that she found herself in an “extremely degrading” relationship with him that did not involve intercourse until he raped her in a New York City hotel room in 2013.

She said he was a “Jekyll and Hyde” figure who could be charming in public but showed his dark side when they were alone.

Another one of Weinstein’s accusers, Sopranos actress Annabella Sciorra, told jurors he raped her in her apartment one night in the mid-1990s.

Her allegation was too old to be charged as a separate crime, but prosecutors used it in an attempt to demonstrate that the accused was a repeat sexual offender.

Following the verdict, Ms Sciorra said: “I spoke for myself and with the strength of the 80-plus victims of Harvey Weinstein in my heart.”

Three other also women testified they were lured to apparent work meetings with Weinstein, then sexually assaulted.

“The fight is not over,” Ms Rotunno told reporters outside the courthouse. “Harvey is unbelievably strong. He took it like a man and he knows we will continue to fight for him and he knows that this is not over.”

She said her client was disappointed, but “mentally tough”. 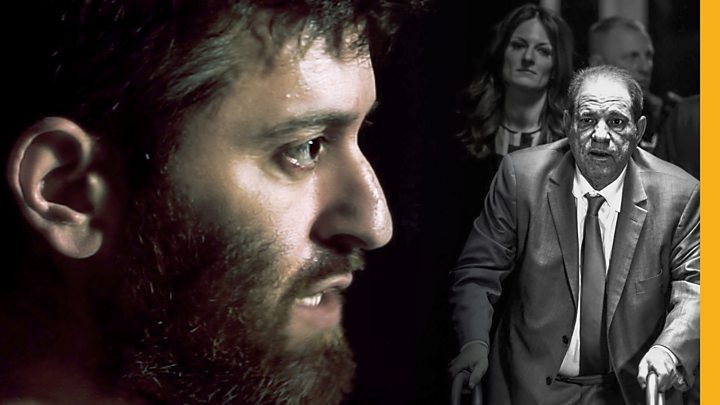 Rose McGowan told the BBC’s Newshour programme: “The little girl I was when I was hurt, she’s ecstatic…This is a great day. The trash has been taken out.”

The actress, who was an early Weinstein accuser, added: “The fact that we are white women and attractive and of some means and it still took this many of us to even get him to have one day in court – just tells you…how almost impossible it is to even be heard, period, let alone [get] any kind of conviction.”

BREAKING: A New York jury has found Harvey Weinstein guilty on two counts – criminal sexual act in the first degree and rape in the third degree.

The following is a statement in response from 23 #Silencebreakers: pic.twitter.com/fXtoZ3Evzc

In a joint letter, actresses Ashley Judd, Lucia Evans and Rosanna Arquette and 19 other Weinstein accusers called it “disappointing that today’s outcome does not deliver the true, full justice that so many women deserve,” but expressed gratitude towards all the women who came forward to speak out against him.