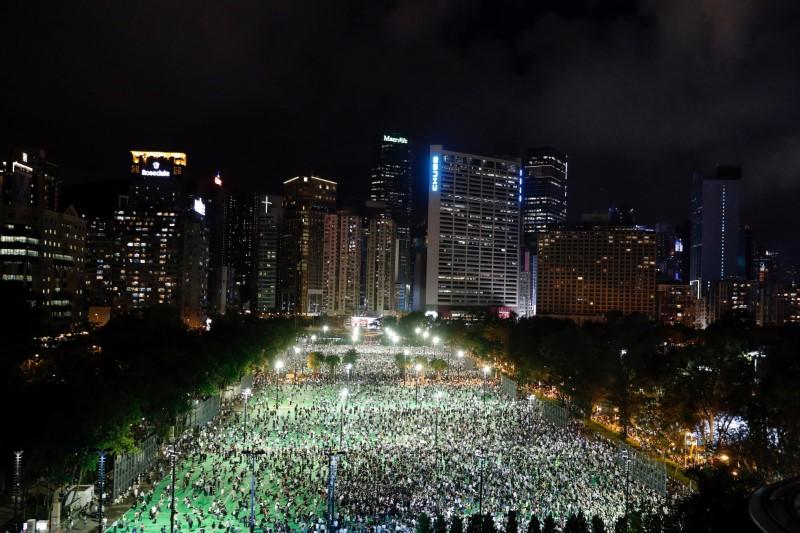 WASHINGTON (Reuters) – The White House, in a statement on the 31st anniversary of China’s Tiananmen Square crackdown, urged Beijing on Thursday to respect human rights, fulfill its commitments on Hong Kong and end persecution of ethnic and religious minorities.

“The Chinese Communist Party’s slaughter of unarmed Chinese civilians was a tragedy that will not be forgotten,” the White House said.

It urged the Chinese government to fulfill its commitments under the Universal Declaration of Human Rights and the Sino-British Joint Declaration governing Hong Kong’s status, and to “uphold the rights and freedoms guaranteed to all Chinese citizens under China’s constitution, and to end the systematic persecution of millions of ethnic and religious minorities.”

The anniversary of China’s bloody 1989 crackdown on pro-democracy activists coincides with widespread protests across the United States against racism and police brutality touched off by the killing of a black man while in custody of white Minneapolis police officers.

U.S. President Donald Trump has threatened to militarize the response to the mass demonstrations, saying he could deploy the military in states that fail to crack down on the sometimes violent protests.

“The American people stand together with all Chinese citizens in their pursuit of fundamental rights, including the right to accountable and representative governance and freedom of speech, assembly, and religious belief,” the White House said.