Why are EU chiefs there?! John Redwood blows top at Brussels’ ‘MAJORITY’ at G7

Both the European Commission and European Council presidents are attending, in addition to the seven national leaders. Mr Redwood argued this means the EU effectively has five representatives at the summit.

He tweeted: “The EU at the G7 can be represented by Germany, France and Italy, three voices.

“So why does the EU also get to send two EU Presidents as well to give them a majority?”

The post was widely shared receiving over 600 retweets and 2,800 likes.

The US, UK, Germany, France, Japan, Italy and Canada make up the seven G7 members. 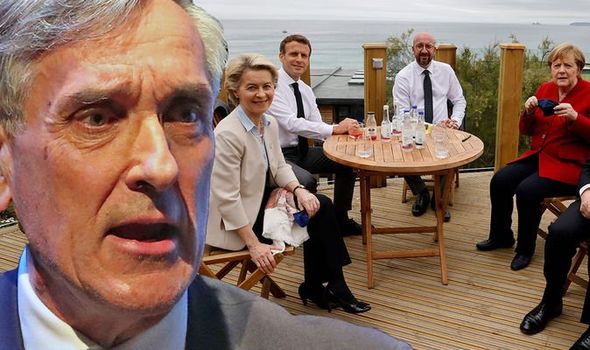 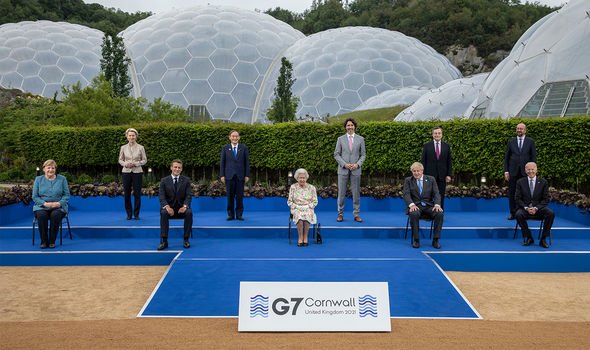 They have been joined in Cornwall by Ursula von der Leyen and Charles Michel, presidents of the EU Commission and Council respectively.

Boris Johnson, who is hosting the event, also invited the leaders of India, Australia and South Korea to attend some of the discussions.

The European Commission President has attended meetings of the G7, or its precursor, since 1981.

Since 2010 the European Council President has been invited as well as the EU’s co-representative. 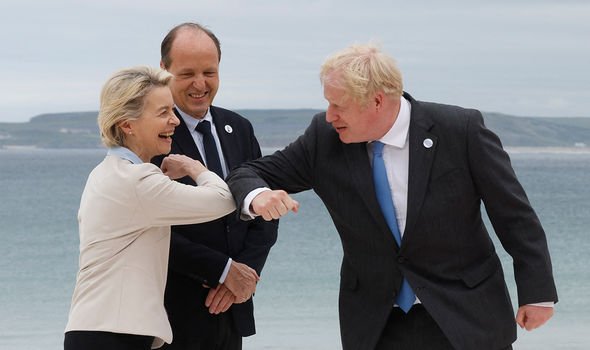 Russia was a member of the G8 until 2014, when it was expelled following its annexation of Crimea producing the G7.

The conference is focusing on climate change, fighting coronavirus and global security threats.

In his opening remarks, Mr Johnson said G7 nations must “level up across our societies” as they recover from coronavirus.

He urged the developed world not to “repeat the mistakes of the last great crisis, the last great economic recession of 2008, when the recovery was not uniform across all parts of society”. 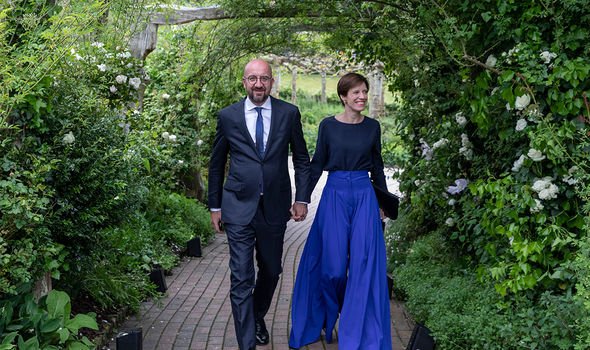 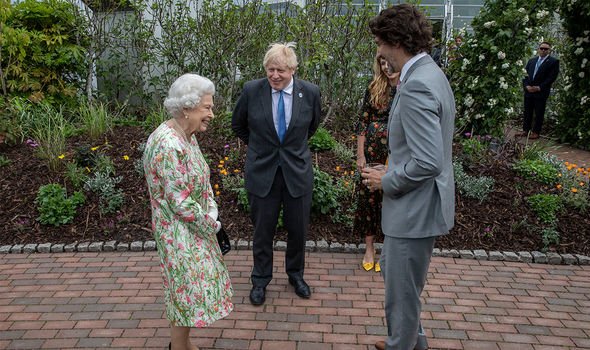 The Prime Minister added: “I actually think that we have a huge opportunity to that because, as G7, we are united in our vision for a cleaner, greener world, a solution to the problems of climate change.”

On Friday the G7 leaders were photographed with the Queen outside the Eden Project.

The monarch caused laughter by jokingly asking: “Are you supposed to be looking as if you’re enjoying yourself?”

Mr Johnson replied: “We have been enjoying ourselves – in spite of appearances.”

However, there are tensions within the group due to the Northern Ireland Protocol controversy.

Under the Brexit deal agreed by Mr Johnson, customs checks take place on some goods travelling between Northern Ireland and Great Britain.

This has outraged unionists, who argue it undermines their position within the UK. 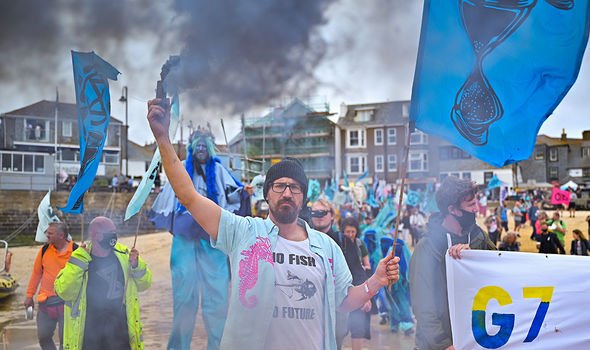 Loyalists have been holding demonstrations in cities across the province, demanding the protocol is scrapped.

Mr Johnson has urged the EU to show greater flexibility to make the agreement work.