Home » World News » Why ‘dollar stores’ have returned to Cuba

Why ‘dollar stores’ have returned to Cuba 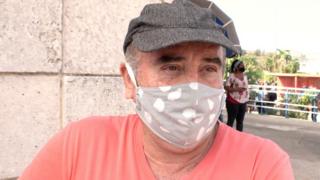 Benito Morejón arrived at the supermarket before dawn to claim a spot near the front of the queue.

The supermarket in Havana is one of a number of shops opened by the Cuban government on the island in which basic food and hygiene products can be paid for with the currency of its ideological enemy: the US dollar.

When the police eventually opened the gates several hours later, he was fourth in a line that stretched back hundreds of metres along Third Avenue in Havana’s Playa district.

The queue was hardly surprising. Inside, the store was abundantly stocked with much-needed essentials from baby milk to shower gel. However, the catch was that the only acceptable form of payment was in a foreign currency.

For years, an inefficient, centrally controlled economy and a decades-long US economic embargo have made scarcity and queuing regular features of daily life in Cuba.

Cuba is overly dependent on imports, which account for some 80% of what the nation consumes. Despite largely controlling the coronavirus outbreak, lockdown has brought tourism to a halt in Cuba and the resulting drop in foreign exchange earnings means fewer dollars to pay for imports.

Many supermarket shelves are almost bare.

Meanwhile, the Trump administration has spent the past four years ramping up the embargo and imposing harsher sanctions on shipping, travel and remittances.

To make up for the shortfall in dollars, the government took a step it would probably have avoided under normal circumstances and turned 72 of the nearly 5,000 state-run shops in Cuba into “dollar stores”.

When he emerged from one of them, Benito Morejón struggled to push his cart, weighed down with meat, cheese, cleaning products and personal hygiene items.

“There was no chicken breast which I was hoping to find but other than that, the choice on offer was good,” he said from behind his facemask.

Inside the stores, customers do not hand over foreign banknotes at the tills.

Rather, they must pay by card – either one linked to a Cuban bank account with deposits in a foreign currency or using an international debit or credit card, except those from US banks.

“I can afford to come about once a month,” said Mr Morejón.

“I’d have bought more but I need to deposit more dollars into my account”, said another customer, Leno Fernández, with a resigned laugh.

Mr Fernández touched on one of the key criticisms of the measure. Critics say Cuban society is becoming increasingly divided into those who are paid solely in local currency and those with access to dollars or euros.

Certainly most people on the island do not have a regular income in hard currency, especially those without family members abroad.

The customers who spoke to the BBC outside the dollar supermarkets broadly welcomed the move, with Mr Morejón expressing confidence that his foreign currency would contribute towards restocking all Cuban supermarkets.

However, others were more critical. “Not everyone can get hold of dollars, not even close,” said Luis Rodríguez, who was in a park near the dollar store. “Nor can the state afford to start paying the workers in dollars. I don’t think this is the solution.”

To break the overreliance on imports, the island’s supermarket shelves would need to be stocked with Cuban products. But self-sufficiency in agricultural production remains a distant goal.

Iris Fonseca graduated in agronomy in 1989, just as Cuba entered a painful time of post-Cold War austerity and scarcity known as the Special Period.

She spent 25 years working for the state before joining Finca Vista Hermosa, a privately run organic farm outside Havana.

Often heralded as a model of a well-run Cuban agribusiness when compared to the creaking inefficiency of many state-owned farms, Vista Hermosa is an exception, not the rule.

It supplies the state with an annual quota of milk and cattle and then sells its cheese, pork products, organic vegetables and fruit to private individuals and restaurants.

As Ms Fonseca showed me around the farm’s plentiful fields, she said they were “better prepared” for the current economic crisis than during the Special Period.

“Back then, we made mistakes in cattle production, for example,” she explained. “We produced Holstein cows for milking and without the regular containerfuls of corn, soya and wheat from the Socialist Bloc to make their feed, many animals died.”

Today, they work with a different breed, the Siboney de Cuba, better suited to the Caribbean climate and which feeds on king grass, produced on the farm itself.

“Imports will always be present in Cuba”, says Ms Fonseca. “But we can reduce them by cultivating the land better, improving our farming techniques, our science and technology.”

Back in the supermarket queues, customers wait patiently under umbrellas to protect themselves from the searing sun and tropical downpours.

The Cuban government denies the new stores are part of a wider “dollarisation” process – that is, turning the US dollar into the official currency as has happened in Panama, Ecuador or El Salvador.

Perhaps not. But judging by the queues outside the banks and dollar stores, it is fast becoming the island’s currency of choice. 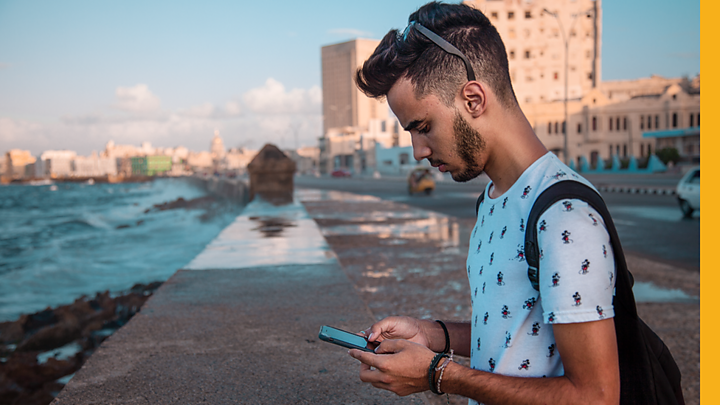