Why we might have to wait for the US election results

After polls close in the US presidential election, it could take days or even weeks to find out if Joe Biden or Donald Trump has won.

Millions more Americans are expected to vote by post because of coronavirus, meaning a delay in counting all the votes is highly likely.

When do we usually get a US election result?

The result of the election is usually called on the night of election day, which this year is 3 November.

This is followed by a running total of votes as they are counted in each state.

A state is “called” by major US media outlets when they believe one candidate has an unbeatable lead. 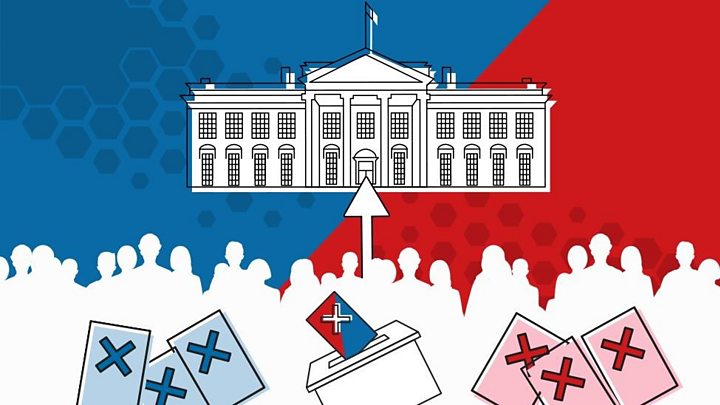 This is a prediction, not a final result. The same thing happens when the whole election is called for a candidate.

US presidents are not decided by the national vote, but by winning enough states. The winner in each state takes a certain number of “electoral votes” based roughly on the size of its population. To win the White House, 270 electoral votes are needed.

Why could postal voting delay the US election result?

It was previously common for states to restrict voting by post to certain people – such as the over 65s, people who are ill, or those away from the state. But the practice is now widely permitted in a majority of states.

In the 2016 US presidential election, nearly one quarter of votes were cast by post.

An estimated 80 million postal ballots will be cast this time round – more than double the number in 2016 – as states aim to prevent gatherings to limit the spread of coronavirus. 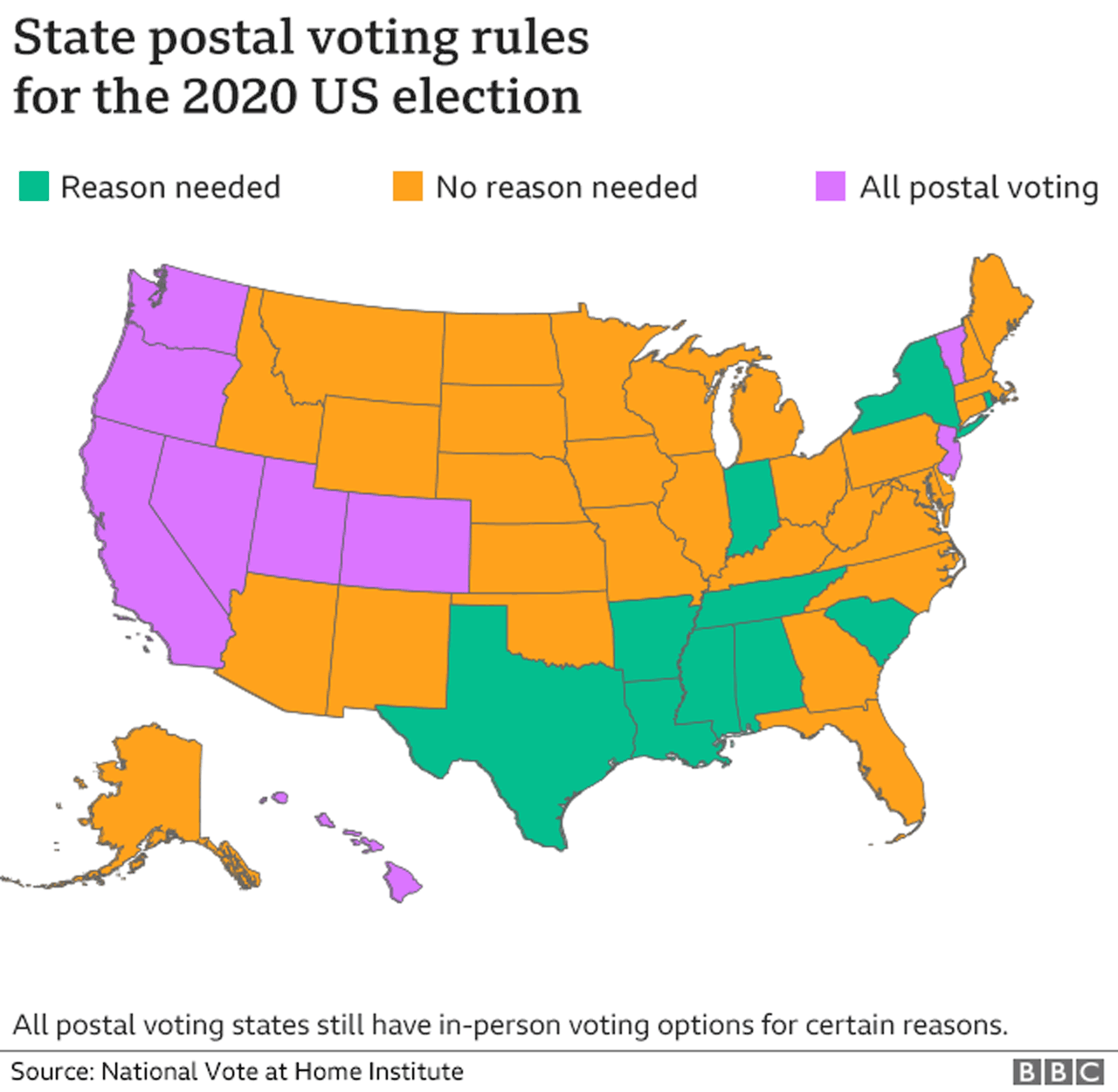 However, the US Postal Service, which is responsible for delivering postal ballots, is undergoing budget cutbacks. President Trump has blocked additional funding.

There is concern over whether the service will be able to cope with the volume of ballots and that the delivery of many could be delayed.

How are postal votes counted?

Postal votes also take longer to count once they have arrived.

Different states have different rules over how and when they count them.

Most states will only include postal ballots received by the time polls close on election day.

But some states like California will accept votes as long as they are sent by the day of the election, even if they arrive weeks later.

Counting postal ballots takes longer because each vote must have a signature that is matched with a separate signature on a registration card.

Some states like Florida will begin counting postal votes before election day – but most states do not start counting them until the polls have closed.

In 2016, the final vote total took more than a month to count. Democratic candidate Hillary Clinton stretched her lead in the nationwide popular vote, but Mr Trump had already won enough states to secure the presidency.

Could there be delays at polling stations?

Standing in a line at a polling station will still be the most common way American voters cast their ballots.

But these voters could also face problems because of the pandemic.

Some states have already begun in-person voting, and there have been reports of huge queues.

The majority of people will vote on 3 November, and it is expected that fewer polling stations than usual will be open and concerns have been raised about worker shortages.

Will Trump and Biden accept the result?

There is a chance the early leader on election night may not win – a prospect made more likely by postal voting.

Mr Biden has said he will accept the full result but has insisted: “Count every vote.”

Hillary Clinton, who stood against President Trump in 2016, has said Mr Biden should not concede on election night “under any circumstances because I think this is going to drag out”.

President Trump says November’s election could be subject to “tremendous fraud” because of postal ballots – despite there being little evidence of this.

He has refused to commit to a peaceful transfer of power if he loses.

What happens if the election result is not accepted?

President Trump said he believes the election result could end up in the US Supreme Court.

This has happened before. In the 2000 election, Democrat Al Gore claimed his narrow margin of defeat in Florida should lead to a recount.

It took 36 days and the Supreme Court to decide against a recount to settle the contest in favour of Republican George W Bush.

Various legal challenges could emerge this year – including everything from the identification requirements for postal voting, to the legality of Covid-related changes to voting.