Wildfires have been ravaging parts of Europe over the past few days, forcing thousands of people to evacuate their homes.

In Greece, four water-dropping planes and two helicopters helped dozens of firefighters contain a huge blaze on Sunday at the edge of one of the country’s most important archaeological sites – Mycenae. However, flames blackened the 3,250-year-old stone-built Lion Gate, the entrance to the ancient city.

“The damage caused by yesterday’s fire was the least possible,” Ms Mendoni said during a visit to the site on Monday.

“The fire service acted swiftly… and prevention measures worked: dry vegetation had all been cleared away. That’s what saved the monuments.”

Meanwhile, more than 3,100 people in Spain have been forced to evacuate due to a raging wildfire in the southern region of Andalusia. 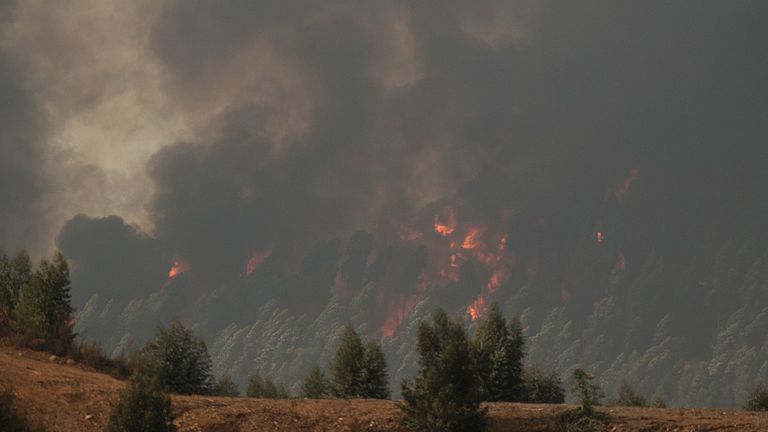 The blaze broke out on Thursday in the mountains near the town of Almonaster la Real, which is around 120km (75 miles) northwest of Seville.

As flames swept across 100 square kilometres (38.5 square miles) of the region, 16 helicopters and eight planes were sent out to help more than 500 workers tackling the blaze.

Firefighters and army emergency personnel worked around the clock over the weekend, but crews struggled to reach all affected areas because of the rugged terrain. 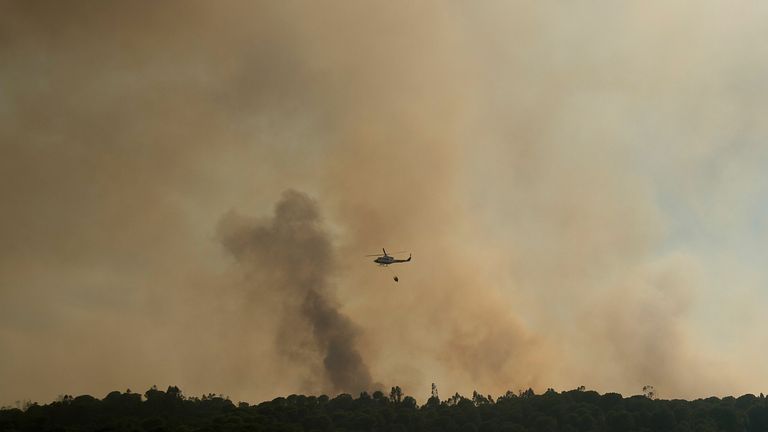 On Saturday, a further 70 people were evacuated because of a wildfire in Mula, a small town in Spain’s southeastern region of Murcia, while firefighters also battled two wildfires in the western region of Extremadura.

Sicily in Italy has also endured wildfires over the past few days, with local media reporting that fires broke out in five different areas on Saturday night. About 100 people were evacuated from their homes in the Altofonte area of Palermo.