With new cases in the U.S. holding steady, Americans return to their July 4 rituals. 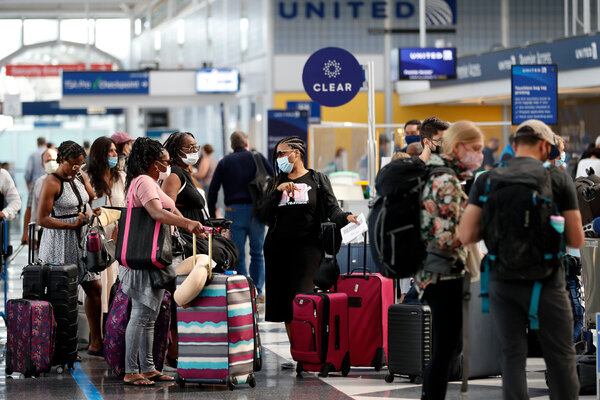 A year ago, the United States celebrated Independence Day largely by staying home. The country staggered into that Fourth of July holiday weekend, having set records for new coronavirus cases in six out of the nine previous days.

About 600 people were dying with the virus each day. On July 2, the country set what was then a record: 53,000 new reported cases. Governors were forced to slow their reopening plans — and in the months that followed, the pandemic grew much, much worse.

This year, reports of new cases are holding steady at 12,000 a day, the lowest since testing became widely available. The U.S. average of fewer than 300 daily deaths from Covid-19 is a decline of 23 percent over the past two weeks. Hospitalizations are also dropping.

Riding a wave of optimism, Americans are eagerly returning to their Fourth of July rituals, flocking to the roads and to the skies in the stiffest test yet for the nation’s travel infrastructure since the pandemic shut the nation down in March 2020.

About 48 million Americans are expected to travel over July 1 to 5, a 40 percent jump over last year, according to AAA, the automobile owners group. Of those, a record 43.6 million are predicted to travel by car, an 8 percent increase compared with 2019.