Greek military commanders have carried out a series of intense military drills amid an escalation of tensions with Turkey. On Friday, Greek Defence Minister Nikos Panagiotopoulos accused Istanbul of “aggressive” behaviour, claiming Athens was ready to defend itself against Turkey by any means necessary. The EU’s top diplomat Josep Borrell also intervened this week, as he urged Turkey to respect the sovereignty of Greece.

Tensions have sky-rocketed in recent days after Turkey announced that the country will begin drilling for oil and gas inside Greece’s maritime borders in the Eastern Mediterranean.

Greece has hit back at this move and put its armed forces on alert for a military conflict with Turkey.

Greek Prime Minister Kyriakos Mitsotakis sent a letter to the European Union, stating that this move would lead to a Turkish-European crisis.

Mr Panagiotopoulos told TV reporters on Friday: “Of course Turkey’s stance has recently been rather aggressive.

“I believe that the only way Greece can deal with it is, on one hand, to exhaust all its diplomatic weapons, and on the other, to cater for the increase of the deterrence power of the Armed Forces.”

JUST IN: Merkel vs Trump: Germany rages at US President over troops pullout 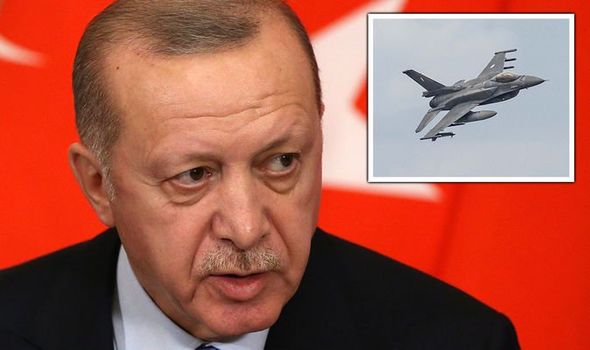 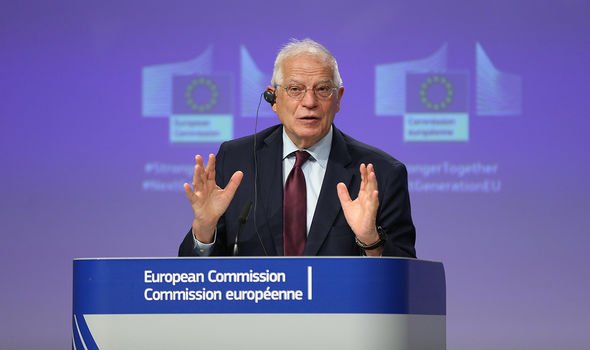 Asked if these efforts include preparations for a military conflict, the defence minister said that Greece is “preparing for all eventualities,” including “military engagement”.

He added: “We do not want this to happen. However, we are making it clear toward all directions that we will do what it takes to defend our sovereign rights to the greatest extent, if you catch my drift.”

General Konstantinos Floros, who serves as the Chief of the Hellenic National Defence General Staff, echoed the Defence Minister’s claims.

He said the military are ready to perform their duties in defending Greece at a time when Turkey “is threatening to invade the Eastern Aegean islands, Crete and Western Thrace”. 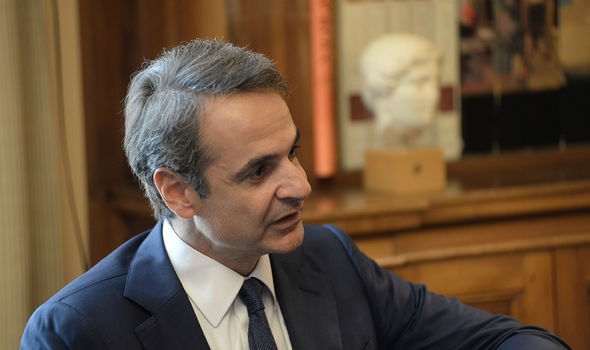 The EU’s Borrell said Brussels was monitoring developments while being “in close contact” with Athens.

There have also been tensions over Cyprus, military confrontations in the Aegean Sea, and recent concerns that Turkey was deliberately “threatening Europe” with an influx of refugees on its borders. 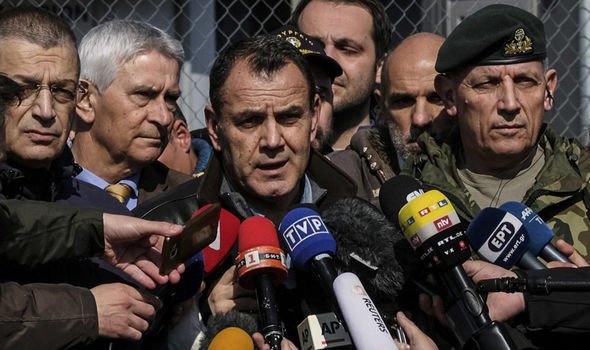 Turkish President Recep Tayyip Erdogan held a press conference in Ankara on Thursday where he announced his plans to proceed with oil exploration and drilling in maritime territories that are part of Greece.

Earlier this week, National Security Advisor Vice Admiral Alexandros Diakopoulos warned that Greece was ready to react militarily if Ankara violated its waters, but added that the government currently believes “that such a thing will not be needed.”

He added: “Of course, Turkey knows that it does not have international law on its side, and that is why it is trying to bring our country into a purely political debate.”