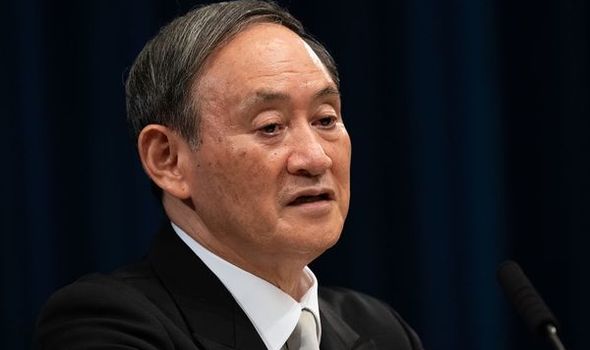 According to Kyodo News, Mr Suga intends to step down by the end of the month amid surging pressure over his response to the COVID-19 pandemic. Covid cases surged across Japan in the weeks following the Olympic Games in Tokyo.

Covid cases surged across Japan in the weeks following the Olympic Games in Tokyo.

The announcement of his resignation comes less than a year since he took office.

It also comes as his ruling Liberal Democratic Party (LDP) prepares to hold a ministerial election on September 29.

Party secretary-general Toshihiro Nikai told reporters on Friday, Mr Suga does not intend to participate in the race for leader of the LDP.

The upcoming election instead will be a race to choose Mr Suga’s successor with Former Foreign Minister Fumio Kishida already placing his candidacy, while Sanae Takaichi, a former minister of internal affairs and communications, has expressed interest in running.

The LDP leader is almost guaranteed to become the new Prime Minister due to the party’s dominance in parliament.

Mr Suga took over as Japanese Prime Minister from Shinso Abe last year after Mr Abe stepped down due to health reasons.