HONG KONG (Reuters) – The national security law Beijing foisted on Hong Kong has drawn red lines across many aspects of life in the city, but a vanguard of young democrats is intent on shaking up the political order and gaining mass support. 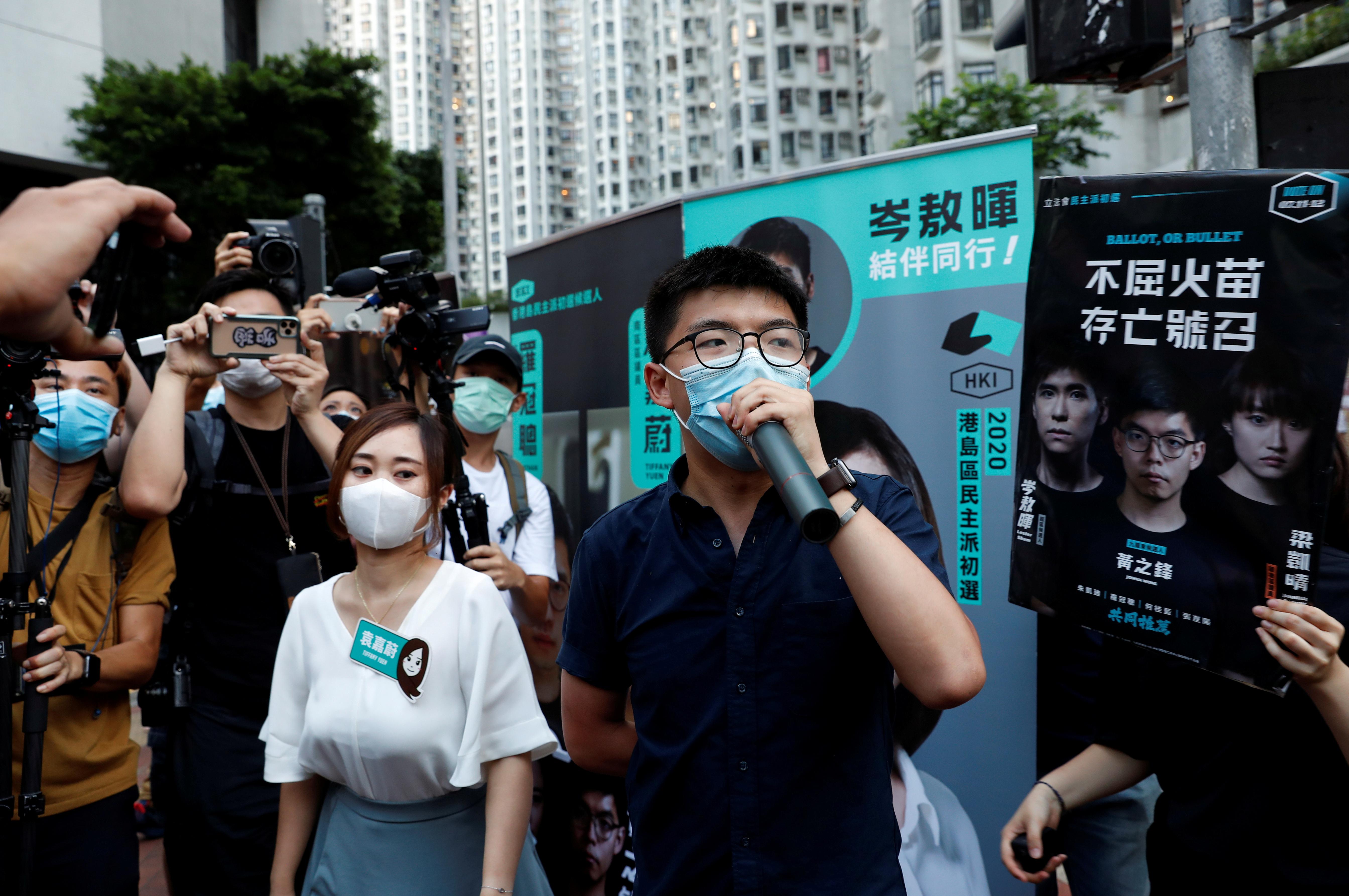 Young firebrands stormed to big wins in several Hong Kong districts that held primary elections for the democracy camp on the weekend, outshining some veteran democrats.

Backed by throngs of volunteers, several dozen so-called localists took to the streets to campaign for their unofficial primary poll to select the strongest pro-democracy candidates for a city legislative election in September.

“We believe the traditional way adopted by the old politicians is not useful and quite pointless during this era,” said Sunny Cheung, 24, who turned down a chance to study for a master’s degree at Johns Hopkins University to “resist the evil regime”.

Clad in black with white sneakers while handing out flyers outside a metro station, Cheung said his generation had been energised by anti-government protests and embraced “resistance”.

The localists – a term for those who do not see themselves as Chinese and focus on saving the former British colony’s freedoms – tend to adopt a more assertive stance than traditional democrats.

Given anyone who backs independence for Hong Kong could fall foul of the new security law and face life in prison, it was not immediately clear which candidates, if any, supported that stance. Some say privately the law has limited what they say in public.

On Tuesday, China’s Hong Kong and Macau Affairs Office condemned the weekend poll as “illegal manipulation” and a “blatant challenge” to the security law.

Former democracy lawmaker Au Nok-hin stepped down on Wednesday as organiser of the election due to Beijing’s remarks, although he reiterated the poll was legal.

Of the more than 610,000 people – or about 8% of the city’s population – who participated in the poll – up to three quarters of them in some districts backed the localist or “resistance” camp, according to organisers.

The democrats are hoping to secure a majority in the city’s 70-seat legislature for the first time, riding a wave of anti-Beijing sentiment.

“I hope that the new generation can respond to the angry roar of the times and resist in the Legislative Council with new methods and ideologies,” said incumbent democratic lawmaker Helena Wong, 61, who was muscled out of contention in the primaries.

Veteran democrats and assembly members like James To, Lam Cheuk-ting, Gary Fan and Alvin Yeung performed poorly, with their moderate call for democracy no longer appealing to young voters.

“I don’t trust the traditional democrats anymore. They failed to bring any change,” said one student.

Many localists are followers of Edward Leung, a former pro-independence activist and philosophy student who became a de facto leader of their movement.

Leung was jailed in 2016 for six years on a riot charge.

“Edward Leung has become the spiritual leader of Hong Kongers. He inspired me and many others,” said Owen Chow, 23, who campaigned over the weekend with a loud hailer rigged to a BMW convertible sports car.

“We’ve entered an era of change.”

The security law criminalises what Beijing defines as terrorism, secession, foreign collusion and subversion, while authorising Chinese security agents to enforce laws in the city.

“Many argue that this is the darkest age of Hong Kong,” said Cheung.

“We can only try to incrementally do something. We don’t know which path can be 100% effective. We’re not sure about anything, actually. We have to try everything.”